Latina Lista: News from the Latinx perspective > Causes > Crowdfunding > Crowdfunder: Helping poor Guatemalans have a safe place for their young children as they work

Crowdfunder: Helping poor Guatemalans have a safe place for their young children as they work 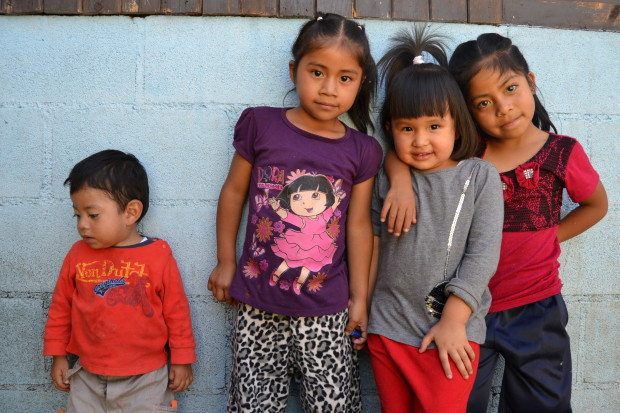 After an amazing experience last year working as a volunteer in Nepal, Irene López Gutiérrez decided to repeat it this summer. She organized a trip to Guatemala – Parramos, in the region of Chimaltenango – for a month, to work in a place called “Hogar comunitario” or Community Home, helping to look after the children there.

However, due to the financial and political crisis that the country is suffering, government money for doing a social project like this is not forthcoming. The workers have not received their salary for two months, but the worst news is there’s no money for feeding the children.

After trying to budget the money for as long as possible, many centers are being forced to close. There are 50 of these “Hogares comunitarios” in the region of Chimaltenango and 39 of them have already stopped working. One of them is the one Irene López Gutiérrez has been working in.

What is an “Hogar comunitario”?

It is basically, a kindergarten. Single mothers or families who work, but cannot afford to pay for childcare, leave their children at these centers. Children from 0 to 6 years old are enrolled. The centers are not only a way to encourage women to work, but also a way to help families economically, since their children usually receive food.

The children arrive at 8:00 am, ready for breakfast. After that, the children have time to play and they are usually served a piece of fruit. A teacher is in charge of teaching basic learning concepts and hygiene habits to the oldest children, in order to prepare them for school.

At twelve o’clock they have lunch and after that they usually have nap time. The children have to leave at 4:30, but frequently their parents don’t arrive till 5:00, when they get off work.

Where does the money go?

The currency in Guatemala is the quetzal. Generaly, feeding the 40 children costs 2400 quetzales per week, about $314.00. No one knows when the money from the government will arrive, but what is known is that it won’t be in the next 3 weeks.

That is why Irene’s goal is to keep the “hogar” open for the next three weeks. Taking into account only the food, 7200 quetzales, $943.00, is needed to feed the children. Not to mention, the gas and water costs need to be added.

The coordinator in the region, the workers in the center of Parramos and Irene have agreed to modify the menu to bring costs down. They will remove the meat from the menu, as it is the most expensive food item, and they will only serve the meals that the children like the most, to avoid wasting any food.

Implementing these measures, they expect to have enough money to run the center for three more weeks and pay the gas and water bills. The extra $50 included in the goal are for paying the campaign fee, which according to the current terms and conditions of Indiegogo is 5% of the collected amount.

Any amount donated will help to keep open the “hogar comunitario” for some time, even if the goal of three weeks isn’t accomplished. Any extra money will be used to buy new cookware, which is needed, or to organaize activities for the children.