Latina Lista: News from the Latinx perspective > Causes > Crowdfunding > Crowdfunder: Journalist on mission to change the immigration debate for 2016

Crowdfunder: Journalist on mission to change the immigration debate for 2016 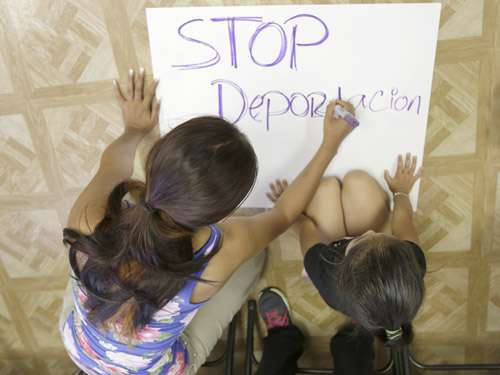 Immigrants will be at the center of the 2016 campaign—as scapegoats, as voters, and as a powerful movement. With public backing, reporter Julianne Hing will cover the collision of immigration and politics from the perspective of community.

From Donald Trump to Hillary Clinton, presidential contenders are all talking about immigrants. But immigrants and their families aren’t just fodder for Republican fearmongering and Democratic base-building. They are DREAMers and entrepreneurs, movement organizers and community builders. Reporter Julianne Hing will travel the country over the coming year to report how immigrants are engaging with—and changing—American political culture.

The political debate over immigration is too often destructive and dehumanizing. The goal of the campaign is to change that with journalism that puts immigrants at the center of the story.

Election season is when the country grapples with big, hard questions. Who are we as a country? Who belongs here? Who among us deserves which rights? The answers are up for grabs.

Hing is asking for the public's backing as she both chroniclesand shapes the debate over these questions. Importantly, every dollar of support will be doubled by a matching grant.

"I’ve been reporting on immigrant rights and immigration policy for an eventful half-dozen years," Hing says. "What I’ve learned is that immigration is the thorny, unsexy topic that politicians are loath to deal with, until election time. But as soon as votes are up for grabs, immigrants become quick targets of violent rhetoric—and that rhetoric later shows up in public policy. Recent years have witnessed a record-breaking pace of deportation.

"But as the country undergoes rapid demographic change, we’re not just arguing about immigration policy. We’re also grappling with our national identity.

"We won’t be nearly done with this conversation come November 2016. But the next year promises plenty of controversy as we search for a collective understanding of what it means to be, and to become, an American.

"Let’s work together to shape that conversation. I’m asking not only for your financial support, but for your ongoing engagement throughout the campaign season. I want to know what’s happening in your community. What stories do you think most urgently need deep reporting? Who are the people in your community helping to shape the future of our national identity? Once you back the campaign, you’ll be in constant dialogue with me and with other backers about these questions.

"With your backing—and the matching grant that will double your support—I’ll focus on the people most directly impacted by the policy conversations of the moment, and the movers and shakers who aren’t waiting on politicians to decide their fate."