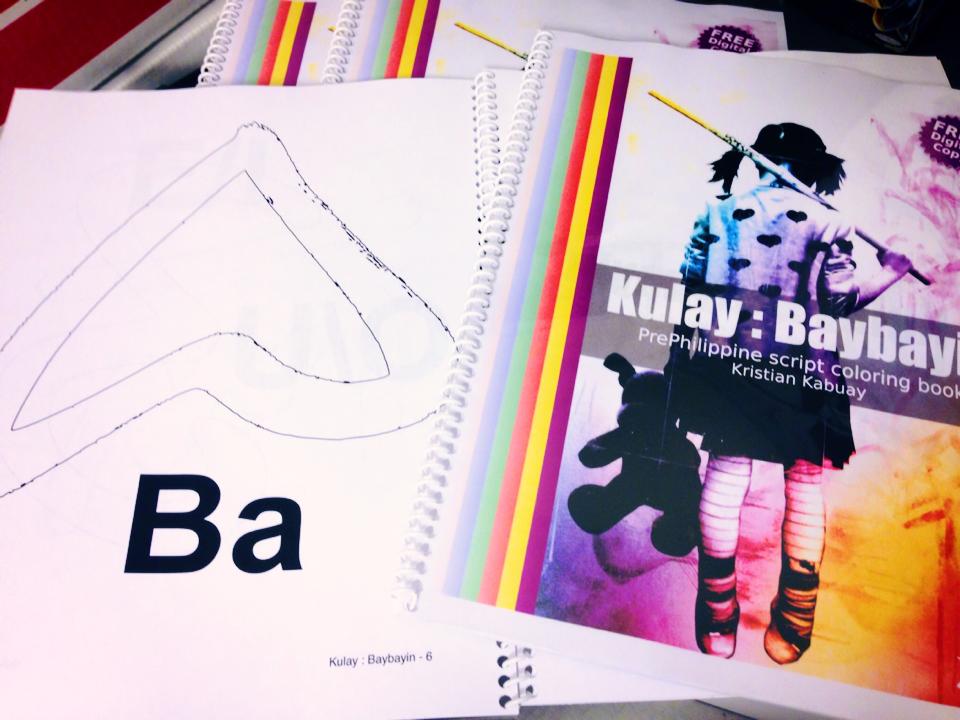 The Philippine script is endangered. A new coloring book will help teach this script to kids to keep it alive for future generations.

Kulay: Baybayin is a coloring book Kristian Kabuay will be releasing to keep an ancient script from the Philippines alive. It has been a decade-long project when he started teaching his own child the script.

In 2009, he started doing cultural festivals in the San Francisco Bay Area handing out worksheets so kids could get exposure to the script by coloring words and the characters.

So why a coloring book?

As Kristian explains, everyone starts out as an artist. As children, it’s one of the first ways how people express themselves and be creative. As we all get older, we’re trained to lose that self-expression and creativity. By the time we get to adulthood, it’s mostly gone.

This project allows one to rediscover that inner child in them. Explore something new. Start a legacy for their children, future children and the community.