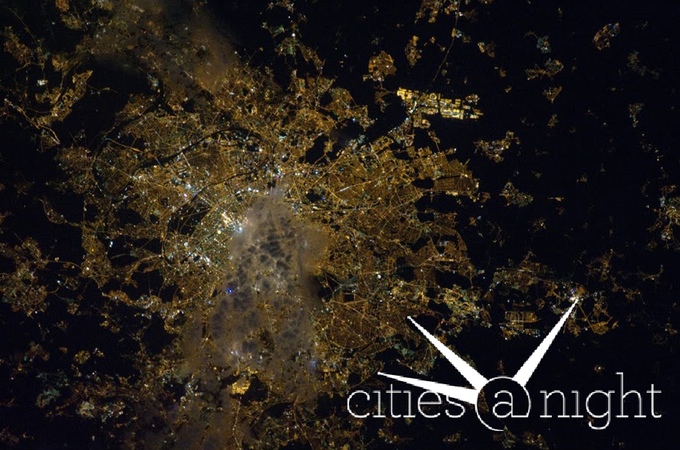 Light pollution causes serious problems. Its effects can be measured from the inside of our bedroom to hundreds of kilometers away. The light destroys the essence of the evening darkness. Humans have an ancestral fear of the dark, but too much light produces very negative effects on the ecosystem and our health.

Currently, there are researchers studying the impact of light pollution on human health and its relationship to cancer.

Satellite images help us measure and compare large illuminated areas. With the color pictures taken by astronauts on the International Space Station (ISS), scientists can measure the efficiency of lighting in many cities on the planet.

There’s only one problem.

NASA has a database with almost half a million pictures of the planet taken by the astronauts. The pictures are not organized or located, some are of dense urban areas and others are of the vast ocean, deserts, forests, etc. Imagine taking more than 300 pictures over a weekend trip, so imagine how many you would take if you were in space.

This is what happens to the astronaut, who not only takes hundreds of photographs where she carefully selects the frame, focus and exposure, but sometimes sets their camera to take pictures automatically while working on their experiments.

Identifying the pictures that are those of cities is a monumental task. Some have suggested organizing the pictures with a computer, but that is unrealistic. Computers need very complicated algorithms to interpret photographs. The human eye knows right away if the camera was pointing at a city or just at the stars.

That’s why the Spanish-lead project Cities at Night was created, a platform with three different opportunities where anybody can help scan the database, looking through beautiful pictures taken from space to identify those pictures of cities.

The purpose of the project is to sort the pictures and identify the locations of the images to create maps of light pollution. This will help governments and local authorities take the proper measures to reduce light pollution.

So far, this kind of research has been done only with black and white photos. This project will allow the scientists the opportunity to work with color data so they will be able to study if blue light illumination correlates with a particular illness.

This data will also be used to measure human activity so the growth of cities can also be documented. The findings will serve as the base for new energy-efficient studies that will help cities spend less money using better illumination, and in the process, help in the recovery of the visibility of some stars.

The goal of the crowdfunding campaign is to raise funds to create a Google-style map of the world at night using the ISS photos, so anybody will be able to access the images and see for themselves the impact of light pollution on a world that looks to be getting smaller from space.

Even with college acceptance in hand, too many low-income Latinos never make it to campus
Comment
Rio Grande Valley alumni mentor students on going to college