Latina Lista: News from the Latinx perspective > Causes > Crowdfunding > Crowdfunder: Preserving the only surviving remnant of Little Spain in NYC

Crowdfunder: Preserving the only surviving remnant of Little Spain in NYC 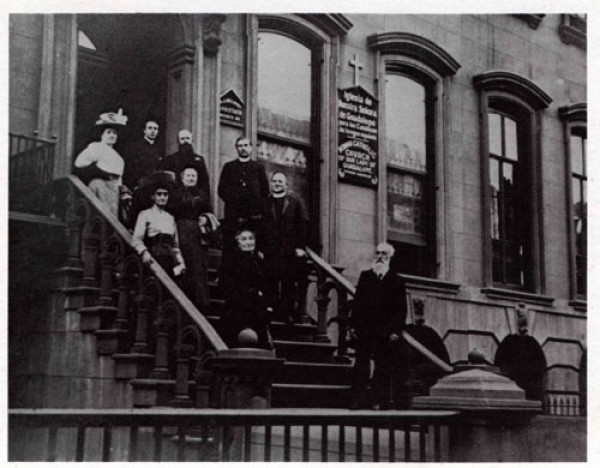 History. Art. Spain. America. These are the four essential elements of Sole Survivor, a documentary film that follows the evolution of La Nacional – Spanish Benevolent Society (founded in New York City in 1868): the oldest non-profit society in the U.S.A created for Spanish-Americans and Spaniards as they begin their American journey.

La Nacional – SBS is the only surviving remnant of Little Spain, the only testament of both its golden age and of the violent and tumultuous times that eventually resulted in the disappearance of the entire enclave.

Domingo Zapata, a Spanish painter famous in the US, (known as “the new Andy Warhol”) accompanies us on this historical adventure, intertwining the creative evolution of his painting (inspired by the movie’s script) with the stories of the Society and the immigrants who comprise it.

With passion and reverence, the documentary strives to demonstrate the importance of the Society’s presence in one of the most vivacious (and unknown) neighborhoods of 20th century New York: Little Spain.

WHY LA NACIONAL’S STORY MUST BE BROUGHT TO LIGHT

During the 20th Century, thousands of Spaniards came across the Atlantic Ocean to seek a better life in America. La Nacional was the place where they found food, rooms, healthcare, and relationships – both business and personal. Surrounding this non-profit society, a neighborhood arose – Little Spain – which thrived for decades until drugs and gentrification pushed people out of the neighborhood forever.

But today, the community has faded away.

The restaurants and stores have closed. The other clubs and societies have long gone. Even La Nacional itself nearly closed its doors forever a few years ago. But a new revival is taking place as the Society embarks on another golden age.

THE TIME IS NOW to document its story as La Nacional, the “Sole Survivor”, prepares for its 150th anniversary.

We as a community have an obligation to save these New York institutions, as they continue to fall victim to sky-high real estate speculation and gentrification. Even the most stable non-profits are being tempted to sell-out, unable to resist the astronomical offers for their buildings or other property holdings.

They are closing at an alarming rate. And worst still, their amazing and essential non-profit work for the community disappears with them.

La Nacional was on this brink 5 years ago and is now fighting to preserve its long-term future. The Society is at the forefront in its protection of the Spanish cultural and historical heritage in New York City. This is the goal of the producers of Sole Survivor, a film about the ups and downs of this vital institution. They are telling a story that has yet been told and chronicling a truly unknown chapter in New York City’s history.

featured, gentrification, non-profit, preservation, Spain
Previous Post Guest Voz: Cuban American millennial drafts open letter to Obama asking him "to stand up for the Cuban people"
Next PostOpinion: Latinos Are The New Majority in CA, But Not In Our Textbooks

Guest Voz: Cuban American millennial drafts open letter to Obama asking him "to stand up for the Cuban people"
Comment
Opinion: Latinos Are The New Majority in CA, But Not In Our Textbooks