Crowdfunder: Raising awareness about mega dams in the Andes 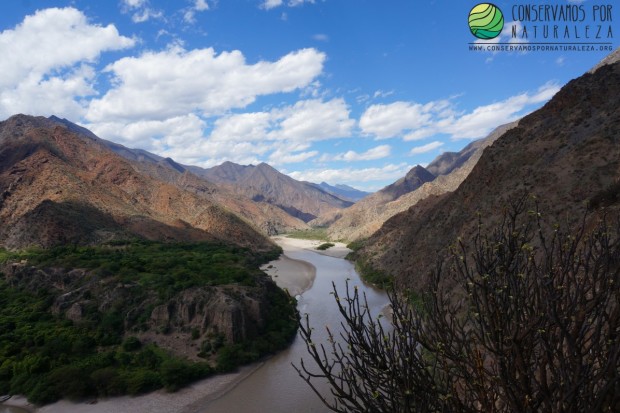 Soon a free-flowing river integral to the way of life for 14 percent of Peru’s population will be dammed. There are more than 8 mega dams planned for the Marañón River, which runs through 10 distinct regions of Peru, including the homes of Andean peasants, indigenous Amazon peoples, riparian populations and urban communities.

At least 100,000 “ribereños” (river people) rely on its water and land resources for food and income. Another 600,000 Peruvians live nearby.

The Chadin II Dam, the most advanced of the dams proposed, would flood 20 towns and displace close to 1,000 people. These communities grow papayas, bananas, oranges, lemons, mangoes and coca leaf, which they transport on mules to sell in bigger towns in the Province of Cajamarca.

These dams will no doubt generate income for the Peruvian government. But at what cost?

Many don’t own land, and Chadin II will affect these people the most, forcing many to move into the cities where they will be driven into a life of poverty.

Damming the headwaters of the Andean Amazon to provide electricity and secure water for large mining companies is just not worth the cost. For the people, and for the environment as well.

The region is home to over 64 bird species of “conservation importance,” 24 endemic to the region. The free-flowing Marañón carries nutrient-rich waters to lowland areas, providing lush habitats for birds, plants, fish, and water and land species. Gray and pink dolphins, Amazonian manatees, giant river otters, black caimans and giant South American river turtles are all at risk if these dams get built. Land species at risk include jaguars, capuchin monkeys and spider monkeys.

The Marañón canyon is not only one of the most biodiverse regions on Earth. It also happens to be one of the best locations in the world for rafting. In May, campaign founder, Elizabeth McGuirk, is volunteering with Paddling with Purpose to take a group of ten young Peruvians from the dam-affected villages on a 19-day rafting expedition down the Marañón.

They hope the young people on this expedition will become local ambassadors for the recreational use of the river and take “leave no trace” ideas back to their own communities.

The expedition is part of a larger growing movement to bring awareness and expand the conversation about the impacts of damming in this area.

Paddling with Purpose projects are being completed under the umbrella of
Conservamos por Naturaleza (CNX), an initiative of the Peruvian NGO, “Peruvian Society for Environmental Law,” that seeks to inspire Peruvians to explore and protect Peru.

The fundraising goal of $3,000 will be used to buy equipment for the expedition. The campaign ends April 13.