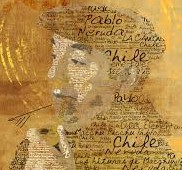 Pablo Neruda is celebrated as “the greatest poet of the 20th century—in any language.” Throughout his colorful career as a writer and political figure, he produced love poems to his dear Matilde, surrealist verse, historical epics, and manifestos that inspired devoted readers around the world. He died in 1973, just two years after winning the Nobel Prize in Literature. After his death, Neruda readers everywhere assumed we would never see another new collection by “the people’s poet.”

Last year, archivists in Chile discovered a cache of previously unseen and unpublished poems written by Pablo Neruda. The collection—written in notebooks and on scraps of paper in the poet’s own hand—includes a sampling of the ardent love poems for which Neruda is famous.

Pablo Neruda’s estate has now entrusted Copper Canyon Press to bring these lost poems to a North American audience for the first time. Then Come Back: The Lost Neruda will be translated by award-winning translator and poet Forrest Gander and is slated for release in spring 2016.

As a nonprofit publisher, Copper Canyon Press needs help to produce a beautiful book of this historic collection.

Then Come Back: The Lost Neruda will be the first English-language translation of the lost poems and the exclusive North American edition. The book will feature:

Publishing Then Come Back: The Lost Neruda is a great challenge and a fantastic opportunity for a small nonprofit press. Given the historic importance of this discovery, they will be taking special care to produce a beautiful book that honors the poetry of Pablo Neruda.

This campaign is a way to invite Neruda readers everywhere to join in this endeavor: with financial help, Copper Canyon Press will provide a home for Neruda’s lost poems.