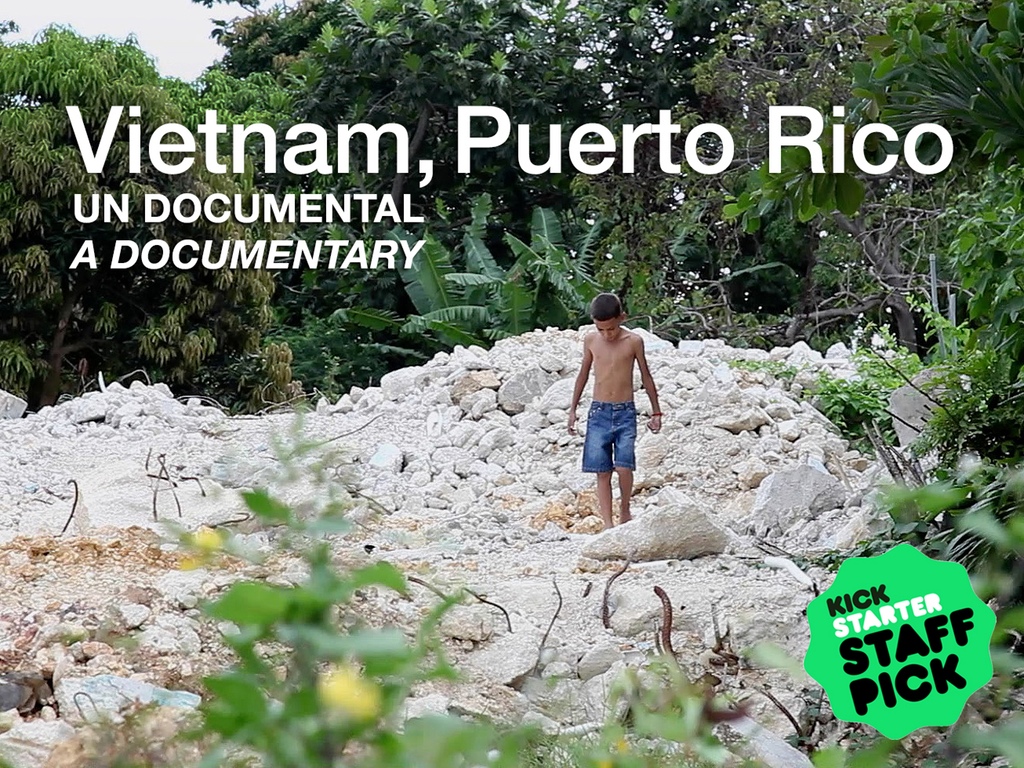 Vietnam, PR—a community or barrio located on the coast of Guaynabo and Cataño, is undergoing an illegal expropriation at the hands of Guaynabo City’s Mayor Hector O’Neill. Vietnam’s demise is a casualty of The Guaynabo City Waterfront project, a mixed-use complex that includes a hotel, an aquarium, a boardwalk, ferry terminal, and a gym, among other things. This attempt at gentrification is eliminating a source of culture and identity for Puerto Rican people.

With the beginning of industrialization in the 1940s, people from all over the island started settling in areas surrounding new economic ventures. The government didn’t offer housing, so shantytowns, also known as barrios, sprouted in the periphery of these enterprises. Mangroves were often cut in order to gain land from the coast, this was allowed since the government considered them a danger to public health. Sometimes they even helped residents lay down foundation using city garbage. Vietnam, created with the sweat and tears of its residents, was no exception.

Barrios are Puerto Rico’s melting pots, places where customs and traditions are born, and a strong source of Puerto Rican identity. Prolific writers like Enrique Laguerre, Bomba y Plena music, world champions like Félix “Tito” Trinidad, Vietnam’s own Douglas Candelario, Director of Horticulture in University of the Sacred Heart and a renowned public figure, are all success stories that originated in communities like Vietnam.

This documentary will immerse the viewer in a world that has been purposely kept out of the public eye. Difficult situations that involve—longtime residents like Eddie and Francisca who were tricked into giving up their home, a municipality silently going about an illegal expropriation, and others like Victor, who says the only way he leaves Vietnam is dead.

This neighborhood has fallen captive to political and societal forces whose interests lie purely in economic growth, while disregarding residents’ humanitarian plea. Questions regarding progress and how it relates to culture, society, economics, urban planning and human rights emerge.

Is it right to eliminate a community and its cultural components and replace it with a tourism venture? Which has more value in our society? Are people free to choose where they live? Is it our human right to have a home without living in constant fear of losing it?

Gabriel Miranda is a Puerto Rican artist and filmmaker. For the last two years, he has dedicated his time and resources to research and film Vietnam’s plight. To finish the film, Miranda needs to hire professionals such as animators, editors and sound engineers, among others.

In Puerto Rico, more than one million people live in communities similar to Vietnam. Having lived in and been involved with poor communites, I’ve experienced the government’s abandonment and lack of consideration. It is time this story is told. ~ Gabriel Miranda