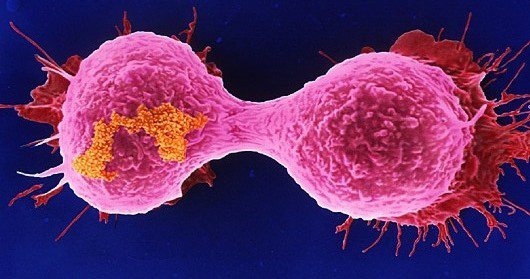 Campaign: Can we stop the spread of breast cancer?

Cancer treatment is a challenging, complex and exhausting process for the patient, their family and medical team.

Chemotherapy kills both cancer and normal cells, and may not prevent remaining cancer cells from spreading. The research team of Dr. Monica Montano believe that by turning up a gene HEXIM1, it has a way to stop most cancers from spreading.

Malignant cancer is such a life threatening disease in part because the original tumor sheds cells which migrate to other tissues in the body, a process called metastasis. Thus cancer cells originating in the breast or prostate can spread to vital organs like the liver, brain or bone.

Modern cancer drugs are very sophisticated in being able to target a specific subtype of one variety of cancer. But this complexity makes cancer treatments expensive. Dr. Montano’s drug could be used broadly as an initial frontline and cost-effective therapy.

Previous Post PadreCare: For Veteran seniors, one military benefit goes the extra mile
Next PostWorking To Preserve The Legacy Of A Puerto Rican Leader

PadreCare: For Veteran seniors, one military benefit goes the extra mile
Comment
Working To Preserve The Legacy Of A Puerto Rican Leader