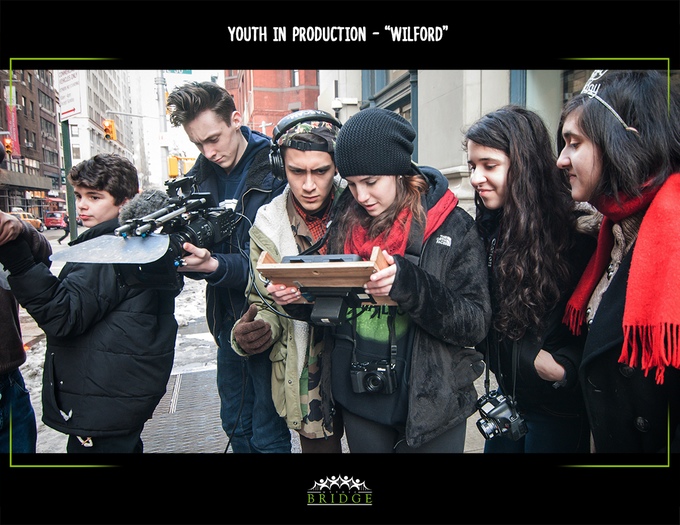 Guided by a community of dedicated volunteer film professionals and adult mentors, MB participants acquire job skills and positive work habits, become adept at personal and professional networking, and are given an opportunity to grow as individuals, become engaged, and ultimately transform themselves all by using film as the medium.

Mythic Bridge will host its first all young women workshop in September 2015 (young women participants and women mentors) in partnership with Windmill Studios in Brooklyn.

Why hold an all young women workshop:

In 2015, 113 major motion pictures will open, women will direct only 7
In 2014, only 12% of leading roles in movies were female
Women support women. Films directed by women feature more women in all roles. There is a 21% increase in women working on a narrative film when there is a female director and a 24% of women working on documentaries
Supporting the campaign is a way to help build a more diverse talent pipeline of creative professionals in the film industry

Mythic Bridge works with, are advised by, and are supported with media partners like The Huffington Post & AOL. The advisory board is led by actress, mother, and activist Susan Sarandon.

Mythic Bridge has produced 48 films. Not enough women have jobs in the entertainment industry. They are passionate about giving young women filmmakers the support to share their stories, make great films, get real jobs in film, and share their voice with the world!