Crowdfunder: Teaching teens of Rio’s favelas how to build apps 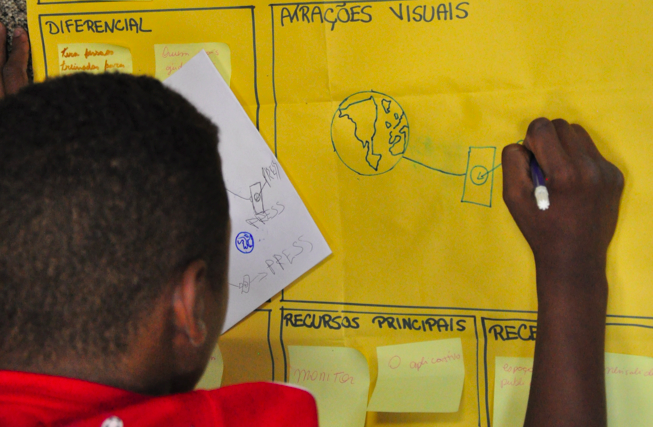 Even though this is the 21 century, which is considered the era of technology, more than 2 billion people live unplugged.

Those people have spent their lives in poverty struggling to afford essential human needs like sanitation, healthcare, food and security.

To flip this situation and provide the poorest communities a better life they must be included in the economy not as consumers, but as innovators and builders of our most valuable and powerful agent of change; technology.

Tunnel Lab is a entrepreneurship and technology training lab for teenagers in developing markets.

Tunnel Lab provides skill training to rural and underserved urban teenagers in Kenya and Brazil through incubating their own tech-based business solutions for social issues or match their skills with SMEs and corporations in need of services.

Tunnel Lab wants to introduce a new concept, where rural areas and urban slums can become synonymous with innovation, trend and technology.

In Brazil, they have targeted Rio, due to it’s huge economic inequality, and statistics.

Out of 12 million inhabitants, 22% live in slums spread among 600 different communities.

In August 2014, Tunnel Lab had their first pilot with 17 teens from 7 different slums of Rio. Their main goal was to test if they would be interested in participating in their learning program. They love it and asked for more!

Now, Tunnel Lab wants to launch a second pilot with 30 students and start their first mock-ups to build their app.

They already have the venue, the facilitators, the students, the judges and the mentors but still need funding to purchase the tech equipment, provide food and transportation for the students and hire two people to help with the app development.

Previous Post Urban Farmist: Giving thanks to those making a "sustainable" difference in our communities
Next PostGuest Voz: Over Time, Myth of Color-Blind Society Takes Toll on Latinos

Urban Farmist: Giving thanks to those making a "sustainable" difference in our communities
Comment
Guest Voz: Over Time, Myth of Color-Blind Society Takes Toll on Latinos