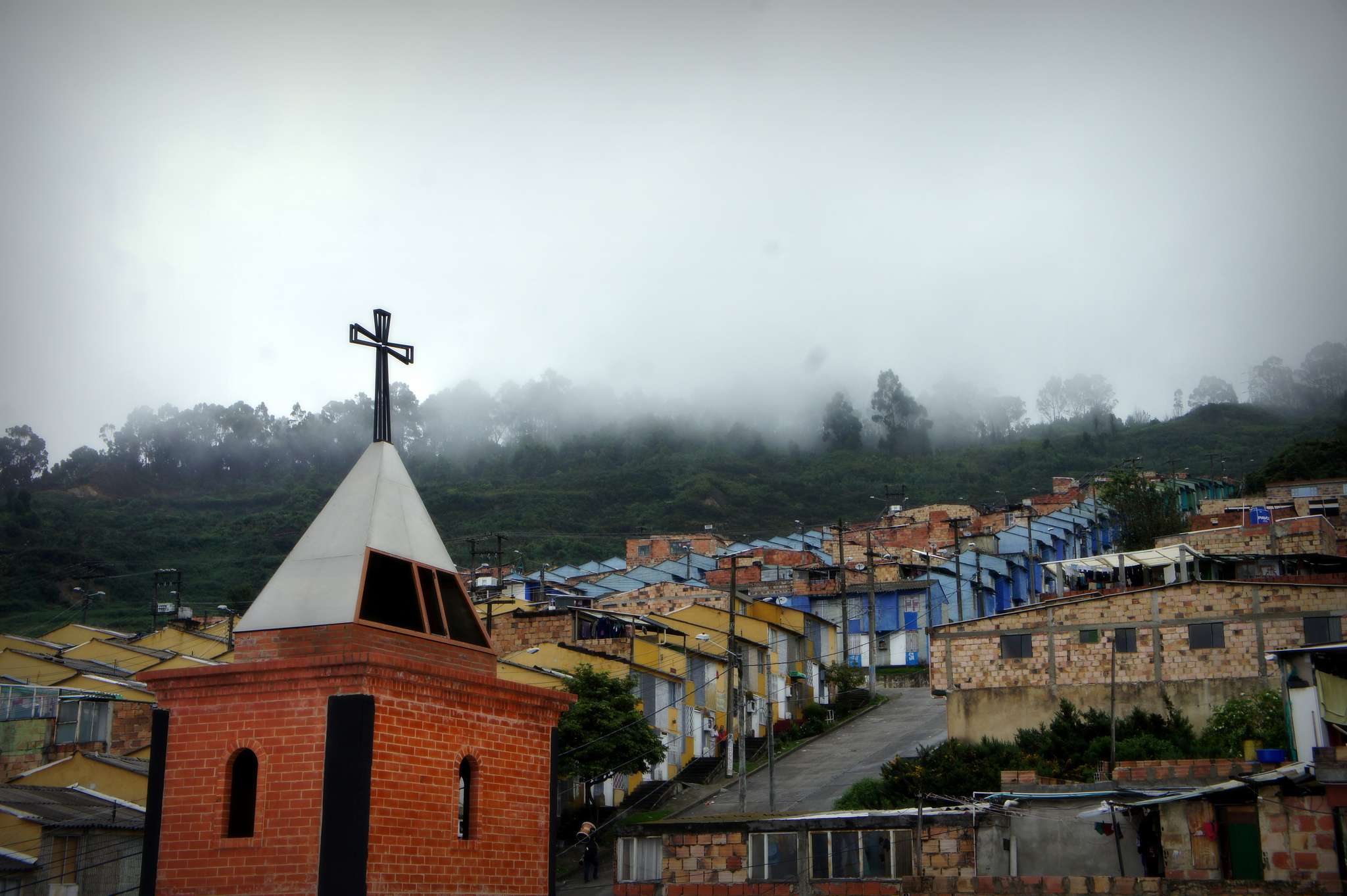 For 50 years, a conflict has raged over influence in Colombian territory. The fighting, between the Colombian government, paramilitary groups, armed drug traffickers and left-wing guerrilla groups, has displaced more than 5 million people, making Colombia’s displacement crisis one of the largest in the world.

As the fighting has largely occurred in remote, rural areas, many registered internally displaced people have been forced to relocate to cities, where they are unaccustomed to living and unprepared for the way of life.

Since Colombia’s peace talks between the Government of President Juan Manuel Santos and the Revolutionary Armed Forces of Colombia (FARC) began in November 2012, each month an estimated 14,000 people have been forcibly displaced, according to the United Nations.

Despite government efforts and legislation to help victims, the breadth of the problem means that many displaced Colombians are forced to fend for themselves.

In Colombia’s sprawling capital, Bogotá, the displaced population is visible in makeshift communities that creep up the mountains surrounding the city. There, people find new surroundings, and they seek basic housing, health services, education and work.

A peaceful future for Colombia will mean the integration of millions of people who’ve been affected by conflict.

Through Beacon crowdfunding, journalist Jessica Weiss will explore and report on the challenges these communities are facing, and solutions being born to help them heal and thrive.

Colombia, displacing people, government
Previous Post Deferred Action has benefited more than 400,000 young Mexicans
Next PostDiscovering just who are the 11.7 million undocumented. It's not always whom we think

Deferred Action has benefited more than 400,000 young Mexicans
Comment
Discovering just who are the 11.7 million undocumented. It's not always whom we think