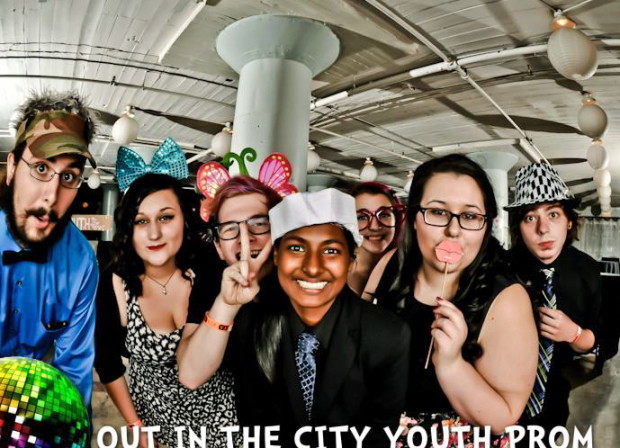 Campaign: 11th Annual Out in the City Youth Prom

Over the last 10 years, thousands of LGBTQ youth and their friends have attended an amazing Summer Prom in St. Louis hosted by Growing American Youth and held at the City Museum.

In 2004, Growing American Youth set out to redefine what a prom could be by creating an inclusive and welcoming event intended to lift up the lives of young people – just as they are.

For many LGBTQ youth, a prom is a school-sponsored dance where historically they haven’t felt welcome because of who they are and how they identify. Growing American Youth’s prom, from its inception, has set the stage for youth to dress how they want, bring whom they want, and be who they are – all within an accessible, safe, and spirited space. And of course, have a blast!

Growing American Youth is a social support organization for youth 21 and under who may identify as lesbian, gay, bisexual, transgender, and questioning. They provide weekly support group meetings in St. Louis and St. Charles, as well as, ongoing support and opportunities for youth.

Growing American Youth is staffed by a dedicated group of volunteers who see the value of investing in young people.

Formal attire is not required at this prom yet some young people go all out.

The event is intentionally accessible to young people. Since the first prom in 2004, organizers continue to only charge youth $10 to attend. In addition, many youth attend as guests, on scholarships.

No one has been turned away because they didn’t have funds. All guests also have access to the City Museum during the prom, which is an added bonus.

The purpose of the fundraising campaign is to make sure that all expenses are covered. The event costs $9000 to produce, which includes the amazing space at the City Museum, food, beverages, DJ, lights, photo booth, decorations and more.

The Growing American Youth’s 11th Annual Out in the City Youth Prom will take place at City Museum on Saturday, August 15, 2015.