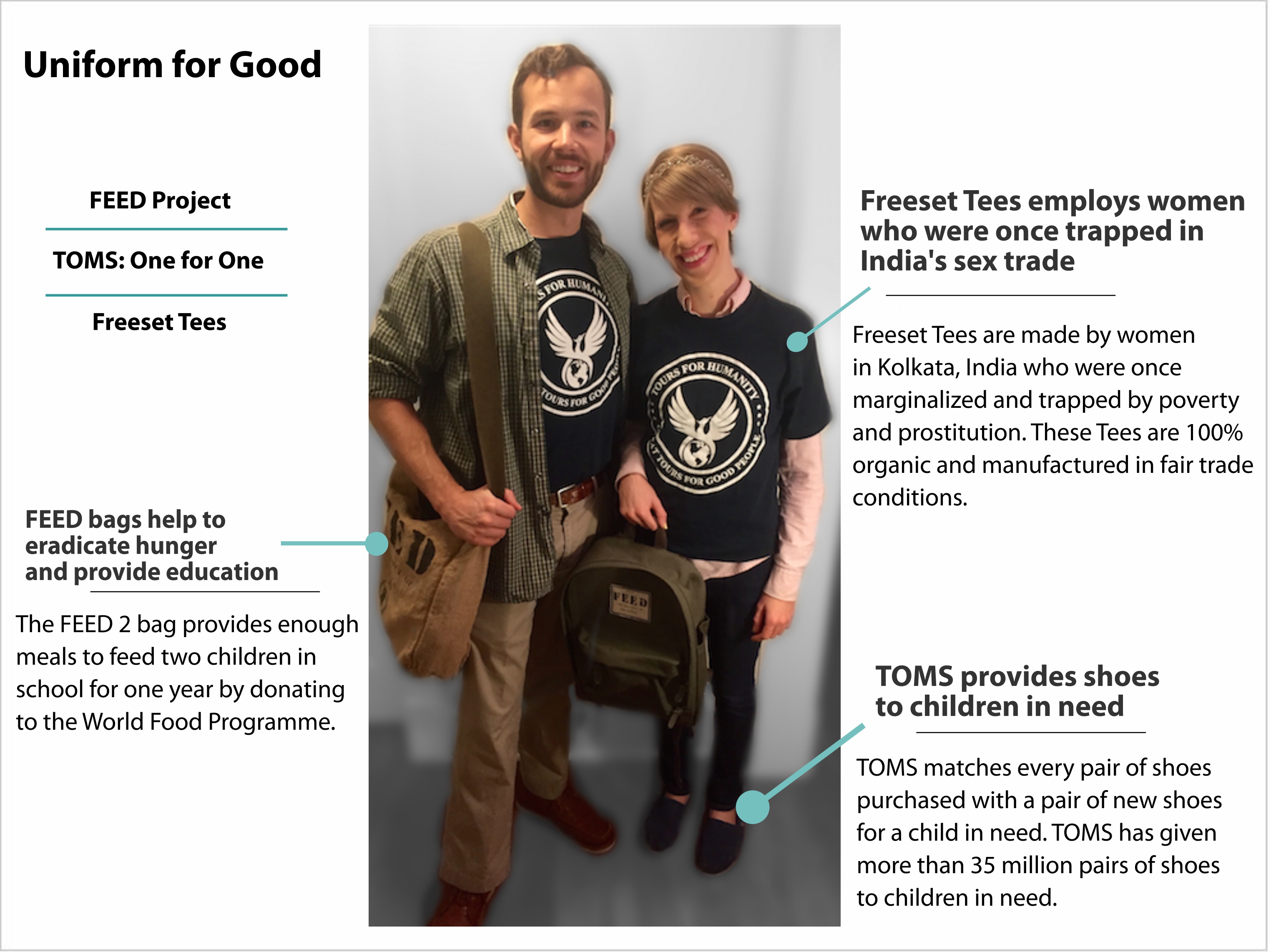 Bo Hammond, a former history major and DC tour guide, and his cancer-fighting, business guru girlfriend Lisa Maurer wanted to do something meaningful to fight the disease and make the world better in general.

They provide walking tours of Washington, DC such as the National Mall, Arlington Cemetery, Capitol Hill and many more. At the end of the year, their company donates a portion of profits to charities combating ignorance, poverty and disease.

Every part of their company, right down to their uniforms, does good in the world. Their goal is to help people and make money doing it. It’s a way to address two essential needs with an action that unifies them both.

By helping Bo and Lisa achieve their goal, donors are contributing to a social enterprise that measures success in the amount of good it creates, not just profits.

In fact, the couple pledge to contribute a portion of their profits to three charities, including the Leukemia and Lymphoma Society and Ashoka.

Bo and Lisa have put together a talented team of teachers, history buffs and MBAs. With some hard work, Lisa’s business savvy, and more importantly public support, they know they can make a real difference.

They need to raise $18,000 to get their company started. This capital will enable them to cover their initial start-up costs, from strategic marketing campaigns to DC guide licenses.