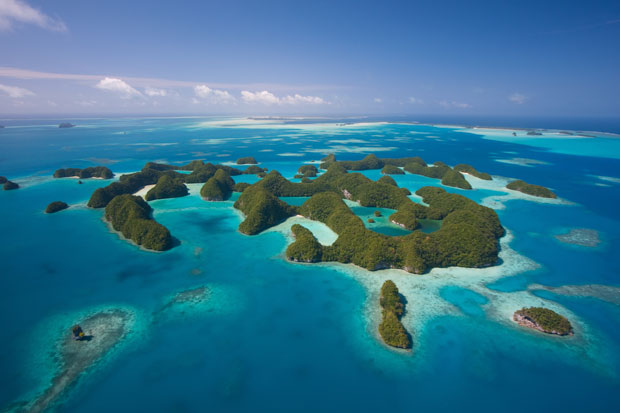 Palau is a small country with a huge idea: closing its waters to industrial fishing. No country has ever done it before. Palau would become the world’s first National Marine Sanctuary with one of the largest protected ocean areas on Earth.

Palau has been named National Geographic’s “Last Great Places on Earth.” Palau’s Rock Island Southern Lagoon is a UNESCO World Heritage Site. Its’ archipelago spans hundreds of islands spread across the north-western Pacific ocean, and is home to:

Palau’s pristine reefs support more coral fish and other invertebrates per square mile than anywhere else on Earth.

Its waters contain one of the largest portions of endemic species in the world, seven of the nine known giant clam species, the most marine lakes per mile of territory, the most isolated Dugong (Seacow) population, and some of the world’s most extensive seagrass beds.

The idea of a National Marine Sanctuary is even more powerful. If one regenerative zone can work, why not others? Why not a network of areas all over the world that protect the most important and vulnerable marine life?

Countries are considering these questions at the United Nations right now. What they need is an example that shows it can work.