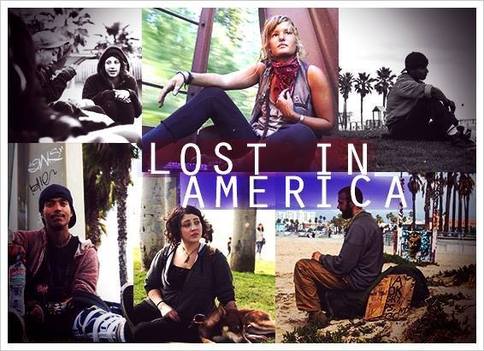 Lost in America is a documentary about America’s homeless youth.

For the past 9 months, Rotimi Rainwater and his entire Lost in America team have traveled the country gathering stories of homeless youth.

They’ve interviewed members of the House of Representatives, the US Senate, and leaders of local and national organizations dedicated to changing the lives for homeless youth.

This past spring, Rainwater and his team did their first IndieGoGo campaign and it was a great success. Not only did they meet their goal, but they got the attention of a few key investors that have allowed them to go on many of the trips they’ve taken.

But they need more help. Rainwater and his team have received interest from studios and other investors but they can’t wait for the money to arrive because they need to keep shooting.

They’re very close to being finished with production and at this point they can’t stop filming because the youth are still on the streets; struggling and dying every single day.