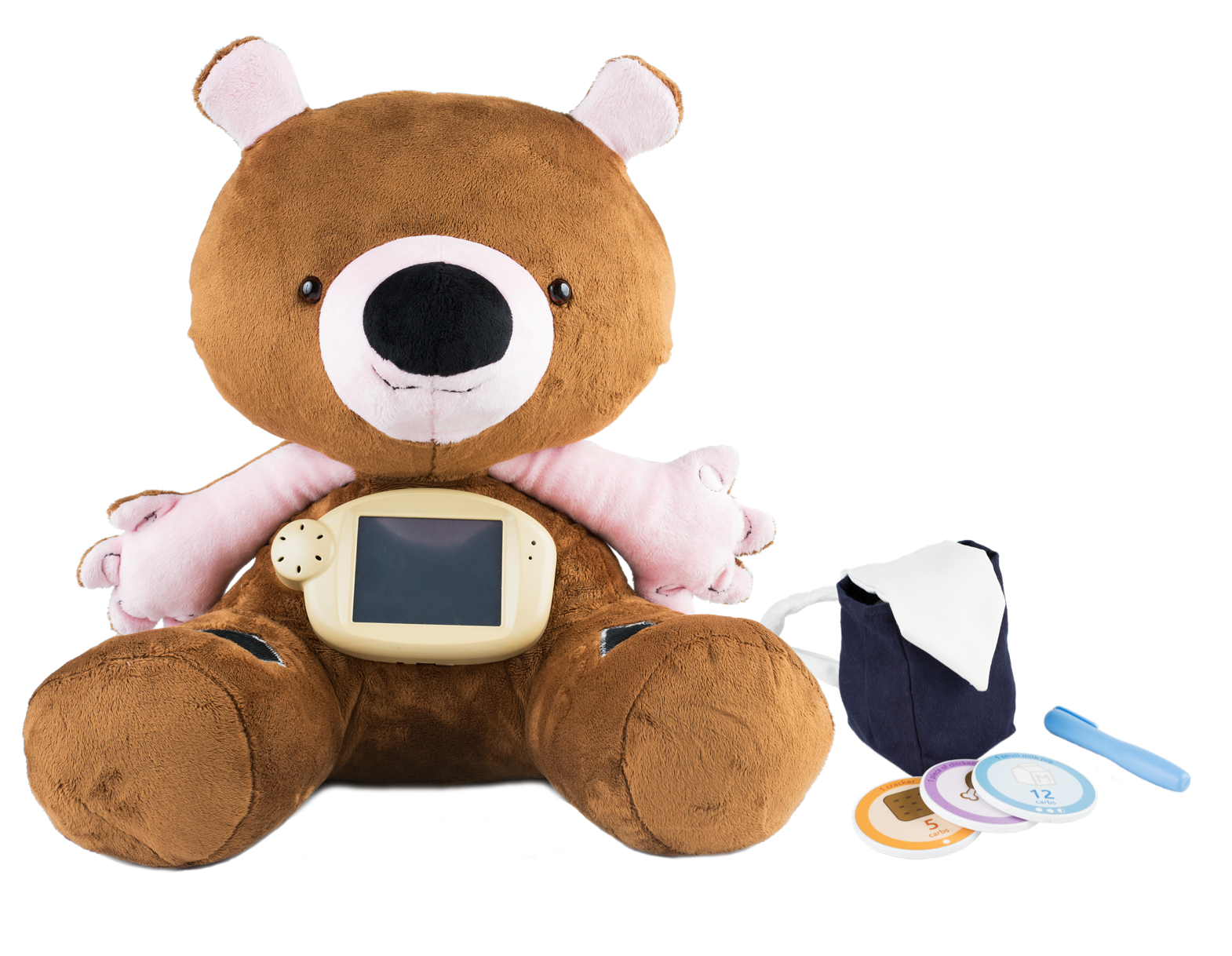 Jerry the Bear is a best friend for children newly diagnosed with type 1 diabetes (T1D). He helps kids master their medical procedures, from counting carbs to monitoring their blood sugar levels – all through play!

For the past 4.5 years, the team behind Jerry the Bear devoted their hearts and souls to improving the lives of children with T1D. Everyone on the team has a personal connection to T1D, which fuels the passion they have for their work.

The team made Jerry a hands-on learning environment, enabling children to practice dealing with responses to real world scenarios. Through play with Jerry, children develop a sense of empathy and understanding, ultimately empowering them to take an active role in their diabetes care.

Children help Jerry train for the All Star Games through a sequence of 21 animated storybooks that play on his touchscreen. After each storybook, new tasks get assigned that must be completed to unlock more content.

These storybooks and tasks form a curriculum that we’ve developed while working hand in hand with doctors, educators, and parents.

Jerry comes with 10 food cards and an insulin pen. Children can feed Jerry by swiping foods over his mouth, check his blood sugar level by squeezing his fingers, and give him insulin using either the included insulin pen or the pump on his screen.

The first bears distributed from the campaign will fulfill a queue of families that have already submitted hardship applications to the Type 1 Diabetes Network. These families qualify to receive a bear based on yearly income. Once this queue is fulfilled, bears will be distributed to families on a first-come first-served basis through a network of affiliate non-profits.