Crowdfunding Campaign: Training the next generation of Latino & Latina journalists 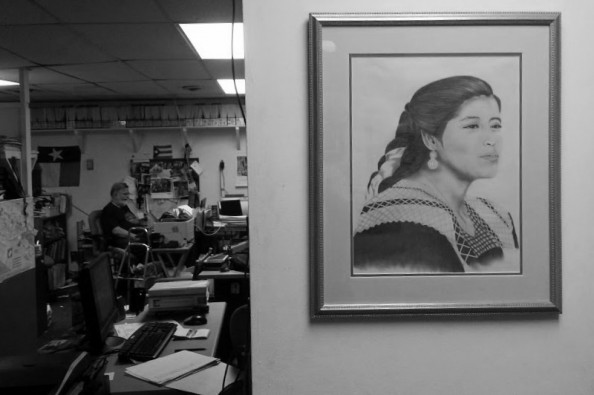 Campaign: Training the next generation of Latino & Latina journalists

For over a third of a century, Hispanic Link has built its national reputation by finding unique voices and covering breaking news. The news service, syndicated nationally in both English and Spanish, has produced nearly 6,000 news features and opinion pieces by Hispanics ranging from world leaders to young new writers.

Hispanic Link created and continues to sponsor an internship program which has helped launch the careers of hundreds of Latino journalists.

The impact of the recession that began in 2007 and today’s changing media landscape have cost Hispanic Link a substantial number of its media clients and paid subscribers. Additionally, cuts in foundation and corporate support have drastically reduced its financial base.

The Link, as it is best known to followers, was founded by Charlie Ericksen and his late wife Sebastiana Mendoza.

After moving to the states in the mid-1950s, the couple began addressing the reality that mainstream media was not covering the types of issues affecting their growing Mexican-American family or any other Latinos, for that matter.

Charlie wrote and published stories about Hispanic culture, politics and other key issues. The family moved to Washington, D.C. when he took a job with the U.S. Commission on Civil Rights. A year later he quit to start the Link.

At that time in 1979, fewer than one percent of U.S. journalists employed by daily English-language newspapers were Hispanic. Because of this inequality, Hispanic Link’s main goal was and continues to be to provide a space for young journalists honing their skills, storytellers revealing their unique experiences, and scholars divulging their cultural wisdom.

The Link broke much new ground in journalism. Days after his captivity by the M19 guerrillas in Colombia, U.S. Ambassador Diego Asencio gave the Link an exclusive interview. Lead Link columnist José Antonio Burciaga interviewed future president George Bush, writing a unique first-person story from a Chicano perspective. Journalist María Hinojosa wrote a behind-the-scenes feature about how her story for NPR changed the life of a graffiti-tagger she profiled.

These are just a handful of scores of transcendental types of stories and writers the Link is famous for bringing to light. All these Linkies, as Charlie calls the news service’s contributors, have had a special place in Charlie’s and Sebastiana’s hearts. Sebastiana passed away from cancer in 1996, but octogenarian Charlie keeps her memory alive by going to the office every day and working until his tired eyes force him to stop.

He sits seven days a week at his computer, surrounded by pictures of his family and friends. The newsroom walls are lined with lifetime achievement and other community service awards collected over the years.

Hispanics currently comprise more than 15 percent of the U.S. population, but less than five percent of journalists who choose and deliver your “news” are Hispanics. The Link remains a vital watchdog to ensure Hispanics are fairly portrayed and represented in the country’s changing media landscape.

Please donate today to keep its important work carried on for future generations of Latinos. Sign up to follow the site Hispaniclinkdc.org for continuous news coverage from the nation’s capital.

Texas border-deployed National Guard troops not being fed
Comment
Guest Voz: Beauty is living off the grid along the Mexican Pacific