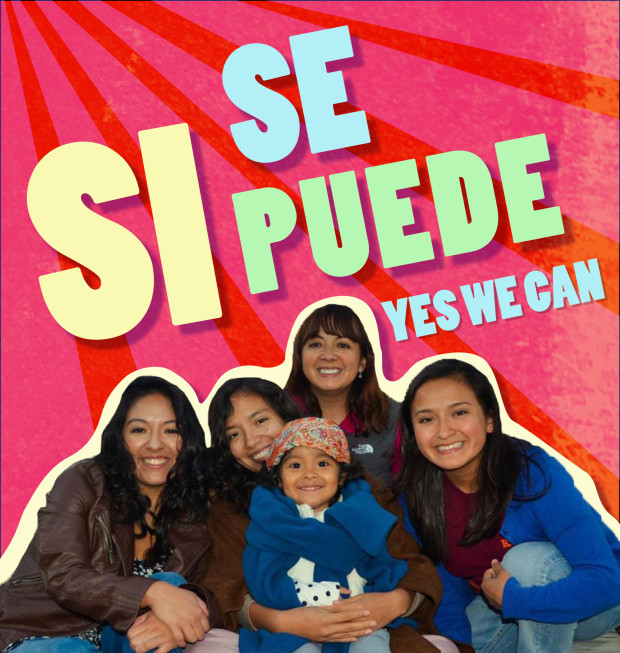 Connie Fitzpatrick’s family came to the US in 2001 legally. Her mom is a U.S. Permanent Resident. Her sisters and her are U.S. Citizens. They are active members of our communities and respect the rule of law.

Education has always been a priority in Connie’s home. Despite raising three daughters as a single parent, her mom worked and attended college simultaneously. She earned her degree and has served as a Registered Nurse in the State of Kansas and Virginia for the past one year and eight months.

She has been accepted to the Doctor of Nursing Practice program to become a Family Nurse Practitioner and to serve under-served populations.

Unfortunately, Connie’s mother has suddenly found herself in the midst of deportation proceedings.

In 2005 while renewing her driver’s license at an Illinois state DMV, Connie’s mother was registered to vote as a part of customary protocol established by the 1993 National Voter Registration Act, which federally mandates that this service be offered to all patrons of the DMV regardless of their citizenship status.

Despite providing the DMV with her Peruvian passport and permanent resident card, her mother was recruited by a state official to register to vote. (Registering to vote and voting is a felony for non-citizens)

In fact, there are currently no procedural distinctions made between citizens and non-citizens during this federalized recruitment procedure. Which means that, under this law, non-citizens are engaged and welcomed into the voter registration process as if they are citizens of the United States.

This explains how, despite providing clear disclosure to the official that her mother was not a U.S. citizen, she was still recruited to fill out a voter registration form.

She was puzzled by the situation but was quickly given the form to fill out which did not provide a way to identify herself as a permanent resident and not a citizen. As a result of filling out this form, she was unknowingly making a claim to be a U.S. citizen and later received a confirmation letter that she was allowed to vote.

Due to these unfortunate events, Connie’s mother is in the midst of deportation proceedings.

However, there is hope – This federalized process of soliciting non-citizens to register to vote was called into question by the Keathley v. Holder case of 2009, where a legal alien in a similar position successfully fought off deportation.

But there is only a short time to hire an immigration lawyer who has been successful in similar cases, including the one above.

Between her friends and family, Connie has managed to raise $6,100 outside of IndieGOGO . As of Friday May 22, 2015, they only had five days to raise $8,900 to cover the total of $15,000 to be able to hire an immigration lawyer that has been successful in cases similar to the one Connie’s mother finds herself in.

Today, there is only 34 hours left for the family to raise the money needed to hire an immigration lawyer – and keep their family together.