Federal gov’t has horrendous track record for recognizing minority media. Some in Congress want to change that. 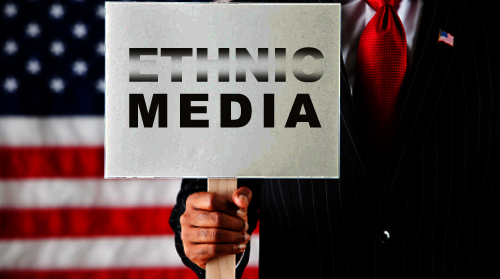 When President-Elect Donald Trump summoned the top network executives and high-profile anchors to Trump Tower for an off-the-record meeting on November 21, it didn’t go unnoticed that executives or anchors from the two biggest Spanish-language networks were not invited.

Either one doesn’t matter at this point because when it comes to recognizing minority media, the federal government has a horrendous track record.

For as long as people can remember, the federal government has excluded media companies (including publications, public relations firms and advertising agencies) owned by people of color when doling out federal advertising dollars. It’s money that helps many media budgets.

The oversight has reached a tipping point with some members of Congress, who worry that in the next administration, many of the planned federal reforms will negatively impact minority communities.

“News outlets and media companies owned or published by people of color are critical to ensuring that diverse viewpoints are presented to the American people,” stated a letter sent by five U.S. Senators to the Government Accountability Office (GAO) calling on the agency to investigate the advertising habits of federal agencies.

The last time an analysis of where federal advertising was placed was in 2007. At that time, it was found that government agencies spent $4.3 billion in advertising. However, a minimal part of that amount was spent with minority media publications.

Given the fact that mainstream media has become less diverse over the years — 83% of print staffs and 77% of digital staffs are white — the only ones left to consistently report on what is truly happening in marginalized communities are those who know them best.

Study after study already shows the ever-widening gaps in equality of income, education and housing. All those issues can take years to bridge. Deciding who gets dinero and who doesn’t takes but one decision by someone who can reverse this bad practice in a matter of minutes and ensure the voices of marginalized communities continue to be heard.