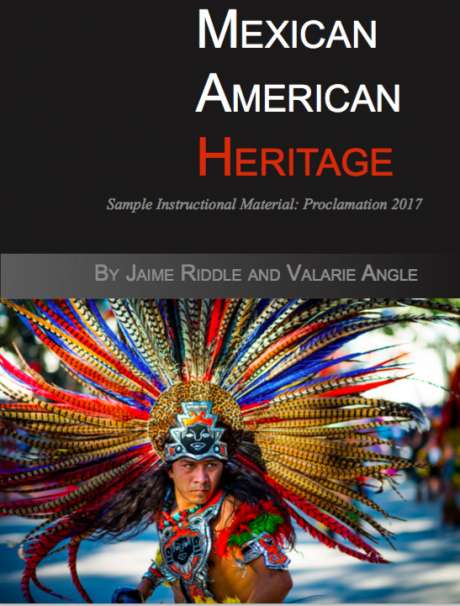 LatinaLista — In a follow-up to yesterday’s post Texas Latino school children just got the biggest slap down from the one state agency supposed to be their strongest advocate, LatinaLista was made aware of a petition started at Change.org, by Tony Diaz of  LibroTraficante,  that demands the Texas Education Agency removes the textbook Mexican American Heritage by Momentum Instruction from being considered as a choice for public schools.

Below is the full text of the petition with a link to add your name: 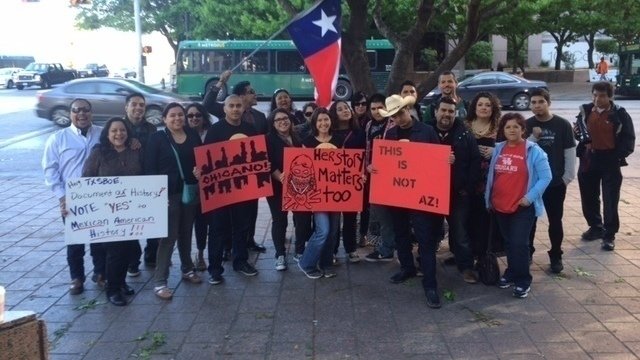 The Texas State Board of Education has posted a proposed textbook for Mexican American Studies that is racist, poorly written, and just plain wrong.

At its most basic level, the textbook MEXICAN AMERICAN HERITAGE overlooks entire parts of history, incorrectly uses terms, and does not site any credible experts in the field.  Worse, the book conveys racist stereotypes about Mexican Americans, Chicanos, Native Americans, and others.

This is just one example of a direct quotation from the book: “Chicanos, on the other hand, adopted a revolutionary narrative that opposed Western civilization and wanted to destroy this society.” There are more examples, many more.

The faulty Texas system for selecting textbooks was evident late last year when a parent found the following glossing over of slavery in her child’s textbook. It read: “The Atlantic Slave Trade between the 1500s and 1800s brought millions of WORKERS from Africa to the southern United States to WORK on agricultural plantations.”

In that case publishers revised the reference. The current textbook-Mexican American Heritage- contains even more errors, so many so that it is beyond revision. It must simply be eliminated from the list of offerings.

The good news is that you can help us keep this racist textbook from making it into classrooms. Sign this petition to demand the following:

We must unite for the elimination of the dissemination of discrimination in education. We will keep you apprised of our progress and up coming protests. Thank you!

Tune into the NP Radio Show: