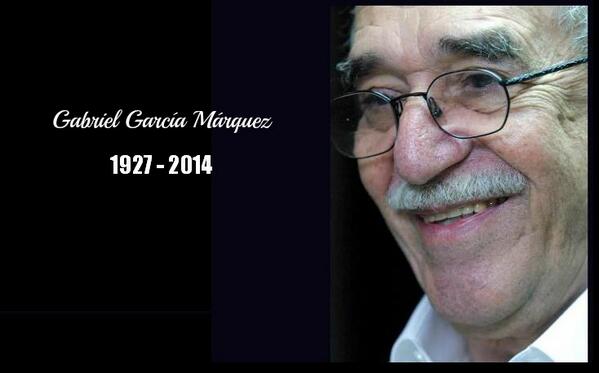 The entire archive of original and personal documents belonging to Colombia’s most celebrated author, Gabriel Garcia Marquez, opened for research at the University of Austin, Texas on Wednesday.

The archive includes the original manuscripts of 10 books, mostly in Spanish. Among them are “One Hundred Years of Solitude” (1967) and “Love in the Time of Cholera” (1985).

Over one thousand letters penned by Garcia Marquez are also held in the archive, including correspondence with the writers Carlos Fuentes and Graham Greene.

Added to the incredible collection are drafts of the acceptance speech he made when he received his Nobel prize in 1982.

Also collected are 40 photo albums from the nine decades of the author’s life, the computers on which he wrote some of the most loved novels of the 21st century and newspaper clippings from articles he wrote in Latin America and across the world.

A symposium called ‘Gabriel Garcia Marquez: His Life and Legacy’ accompanying the opening of the archive will be held from the 28 to 30 October and will be broadcast on the web.

Academics, journalists, filmmakers and the Colombian Minister for Culture, Mariana Garces, will attend the symposium which explores the life and legacy of the Nobel laureate, affectionately known as Gabo.

There will be lectures from prominent figures such as Elena Poniatowska and Salman Rushdie dedicated to exploring his global influence on journalism, cinema and literature.

The themes include; ‘Gabo the journalist’, ‘Gabo the storyteller’, ‘Global Gabo’, ‘Scriptwriter and Muse’ and ‘The political worlds of Gabriel Garcia Marquez.’

The event is organized by the Harry Ransom Center, an internationally recognized research library and museum specializing in the humanities and standing out in Latin American Studies.

Gabriel Garcia Marquez died in April 2014 at the age of 87. He was an internationally loved journalist, novelist, short-story writer, screenwriter and Nobel prize winner.