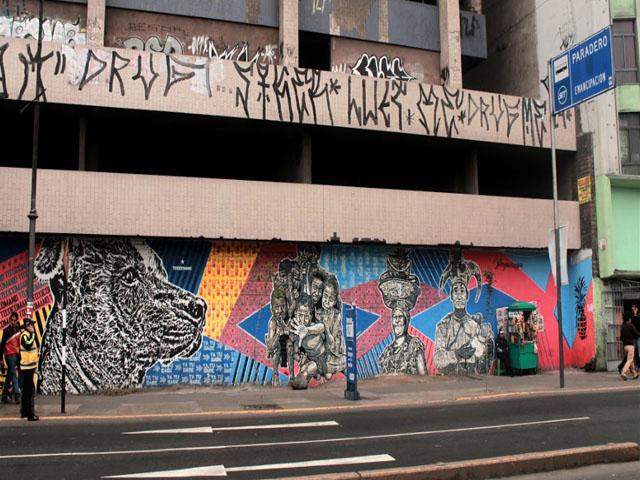 LatinaLista — The Google Art Project has been on a mission to digitally preserve while exposing art lovers the world over to masterpieces housed around the world — inside some of the most prestigious museums and the busiest street corners.

One of the latest additions to Google’s online museum is the street murals of Lima, Peru. Though the initial goal of Google Art was to digitally preserve and enhance the viewership of established masterpieces, a spokeswoman for Google says that the initiative is entering a new phase where urban art is now being included in the online gallery.

Lima has witnessed firsthand the disappearance of its outside murals. Last month, a Facebook page alerted concerned Peruvians when city workers or building owners painted over some of the city’s murals in accordance with a 1994 ordinance that made it mandatory to maintain and keep the original appearance of the buildings’ facades.

To find Lima’s surviving street art, Google contacted two of the city’s art collectives that specialize in murals and who have photographed and selected dozens of examples of Lima street art. According to Pabón, the next stage of Google Art in Peru will be to travel to other parts of the country to include more examples.

So far, 64 examples of Peruvian art can be seen on the Google Art Project.

Joan Jiménez, one of the organizers of the art collective contacted by Google, said, “The platform makes it more accessible to the eyes of the world, not only locally, but helping to promote our art and knowledge of the work we do as urban artists and our satisfaction of seeing a finished work .”

New domestic violence study show Latinos ready to get involved & help victims
Comment
How to tell if the article about climate you are reading is B.S., in four easy steps