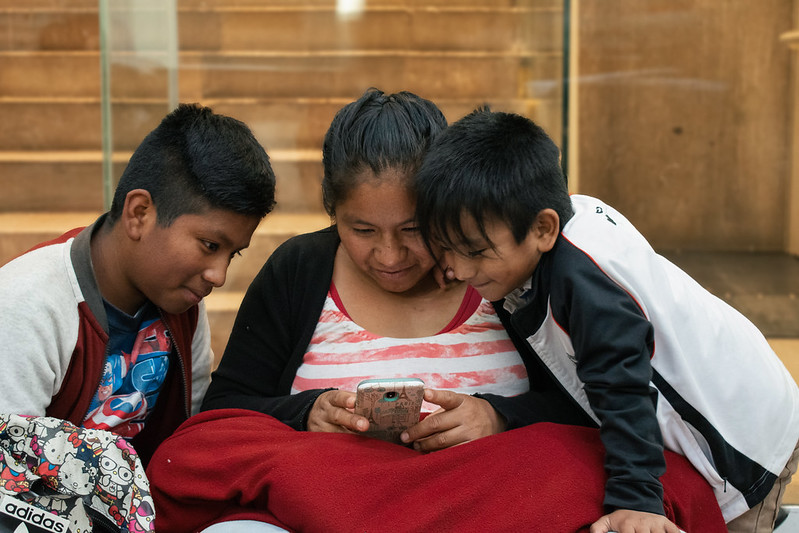 These days, many adults joke that teens have five limbs: 2 arms, 2 legs, 1 smartphone. Though truth be told, the same can be said for most adults too!

Yet, the big question we, as a society, like to mull over on occasion, maybe to assuage our guilty consciences, is: When is enough enough when it comes to our smartphones?

It’s a question, fairly or unfairly, that gets directed most often at teens. You might assume teens don’t care how much time they spend on their phones, and you would be right — with one exception.

A new study, The New Normal: Parents, Teens, and Mobile Devices in Mexico, led by USC Annenberg dean Willow Bay and Common Sense founder and CEO James P. Steyer, finds that Mexico stands out among four featured in the survey where teens care a little more about the time they spend on their phones, pay attention when their parents say enough is enough and are consciously working with their parents to have healthy smartphone habits.

“Our aim with this research is to offer a snapshot of Mexican parents’ and teens’ mobile device habits, attitudes, and opinions set in a cross-cultural context and to generate further discussion about how devices and technology are changing the way Mexican parents and teenagers interact in a culture that treasures family,” said Steyer, the CEO of Common Sense. “We hope to help guide families around the world toward healthy use and balance in today’s interconnected communities.”

Half of Mexican teens feel addicted” to their mobile device, the most in any of the countries studied and far more than teens in the U.S.
Mexico- 50%
United States – 39%
UK – 44%
Japan – 45%

More Mexican parents said they argue with their teen at least once a day about their use of their mobile devices than those in other countries studied.
Mexico – 30%
United States 23%
UK – 22%
Japan -19%

Mexican families are more likely to have family rules on the use of mobile devices than those in other countries.
Mexico -76 %
United States – 68%
UK – 66%
Japan -58%