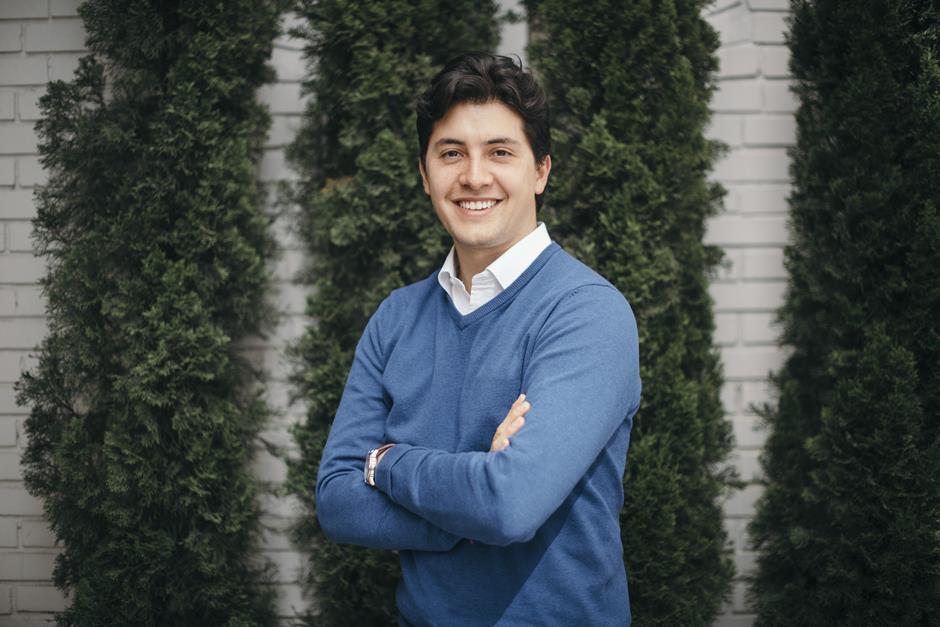 You may see earthworms as little more than a bunch of slimy, wriggling shit eaters, and Juan Carlos Guáqueta wouldn’t disagree. In fact, that’s exactly what he loves best about them. The baby-faced Colombian entrepreneur is counting on their appetite for all things organic — including human and nonhuman poo — to make vile wastewater safe for irrigating crops. Which makes Guáqueta and his worms all about turning brown to green, in just about every sense possible.

Guáqueta, 26, didn’t invent vermifiltration, as his worm-ridden cleanup process is known. It’s decades old. But he adapted and improved it, eventually founding his startup AcuaCare in Bogotá, Colombia, with his partner, a university professor. AcuaCare packages worms, microbes and enzymes into biodegradable, cardboard-box “treatment systems” that can literally scrub the crap out of water from toilets, sinks and contaminated wells and rivers. The result isn’t quite fit to drink, so no quenching your thirst with worm water. But it’s a perfectly safe and inexpensive option for plants — and the system itself could prove an environmentally friendly alternative to septic tanks as well.

The young entrepreneur got an early start, selling hand-painted drawings of a smiling sun at the age of 8 to help out his family. Guáqueta eventually bought a calf as a teenager — literally his first cash cow — and started a worm farm to recycle manure into organic fertilizer. “All it would do is sleep and shit, and I told myself, ‘All that manure had to be good for something,’” he says now. By the time he got his engineering degree, he was fattening 40 cows and producing 1.5 tons of fertilizer a month on the side. He later won a grant to visit Silicon Valley, and there learned about using worms for water filtration from a Chilean company called BioFiltro. During a Skype conversation, Guáqueta comes across as a preppy, short-haired young man you could easily mistake for a college student. He is meditative in his responses and moves his hands around a lot, but every now and then he’ll throw out a wide smile.

The world badly needs cheap and sustainable ways to treat polluted water. Ninety percent of all wastewater in developing countries is discharged untreated into rivers, lakes and oceans; worldwide, polluted water kills more people than all forms of violence, including war, according to a United Nations study. Worldwide, nearly 2 million children under age 5 die every year from water-related diseases. The global water treatment industry is worth more than $25 billion annually, and keeps growing as the demand for clean water increases.

Granted, organic-matter filtration like AcuaCare’s systems address only a portion of the wastewater problem, but “any level of treatment will help,” says David Zoldoske, director of the Center for Irrigation Technology at California State University, Fresno. He’s been testing a similar BioFiltro system at a California dairy farm and tomato processing plant, and says vermifiltration units could offer low-tech and affordable water-treatment options for the developing world. That’s important, because any new approach will need to pay for itself in a way that many idealistic eco-solutions often don’t.

Guáqueta thinks he’s got that figured out, because his squirmy worms don’t just eat shit — they also produce it in vast and useful quantities. Unlike traditional septic tanks that simply filter feces from the water, leaving toxic sludge for later disposal, a $170,000 AcuaCare installation for 1,000 people should produce 32 tons of organic fertilizer annually, worth about $12,000 in Colombia. The worms get busy in other ways too; every year, a system this size should yield 3 tons of excess earthworms that can be used to make animal feed, worth about $7,200. All that in addition to a steady supply of water for crops, gardens or public spaces, which would cost about $25,000 a year from Bogotá’s municipal water system. (With proper maintenance, an AcuaCare system should last for 15 years; by the company’s calculations, it would break even in four.)

AcuaCare claims that vermifiltration uses 80 percent less energy and has operating costs 70 percent lower than conventional water filtration — particularly by decreasing water use. The company has so far installed 15 worm-powered systems in and around Bogotá, mostly in rural homes, and is starting construction in two condominium developments. It’s also building pilot plants for dairy, beverage and food companies. Its sustainable systems, which have replaced septic tanks in some instances and illegal dumping in others, have won Guáqueta plaudits around the world — a Georgetown University fellowship and awards from the World Environment Center, the Inter-American Development Bank and MIT, among others.

For now, Guáqueta isn’t sharing financial details of his business beyond the installations, so it’s impossible to know if he’s hit that magical break-even point or beyond. He also faces an uphill battle to win converts in a culture where many Colombians are used to just dumping their water into rivers instead of treating it. “It works impeccably,” says Marcela González, who installed an AcuaCare system a year ago on a small dairy farm that had no septic tank. The system wows her neighbors, she says, “but it’s hard to convince older people who are skeptical.”

Guáqueta’s dream is to slowly reach rural areas in developing countries that are contaminating their own environments, even if it costs him in business terms. “I know the best markets are in Asia, but … I want to develop this in Colombia so people can benefit,” he says. Ultimately, his goal is to expand into the Caribbean. Next stop: Panama.

This story originally appeared on OZY

Andrés Cala is the equivalent of what you would call in his native Colombia a sancocho, a parboiled stew of everything. The award-winning journalist, who published a book about U.S. security vis-à-vis Latin America and whose work has appeared in The New York Times, The Wall Street Journal, and TIME, has lived in more than a dozen countries in three continents.

Crowdfunder: Racing the seasons to get a roof built for Honduran medical center
Comment
Joyce Santeliz, the mind behind #HispanicGirlsUnited