Latina Lista: News from the Latinx perspective > Immigration > We know there’s border security, or this would not have happened

We know there’s border security, or this would not have happened 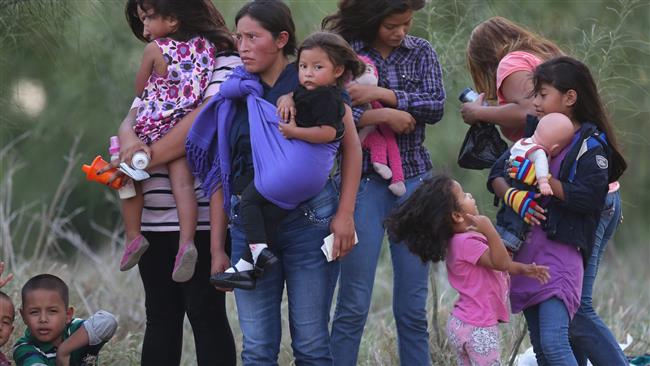 LatinaLista — While Donald Trump likes to “trump” the insecurity of the border to justify his plans for a border wall, the fact is we know the existing security at the border is working.

Otherwise, there would not have been a doubling of apprehensions of children and their families at the U.S.-Mexico border since October 2015. The apprehensions, according to a Pew Research Center analysis of U.S. Customs and Border Protection data, now outnumber apprehensions of unaccompanied children, which, by the way, has also increased. 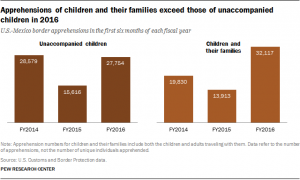 In its data analysis, Pew shares that most of the families – children with either a parent or guardian – are primarily from three countries.

“The current government of Jimmy Morales inherited a country without money due to the corruption of the prior administration of Otto Pérez Molina,” wrote Guatemalan journalist Eduardo Sam Chun to Latina Lista explaining his country’s continued migration to the U.S.. “The economic crisis continues in the country, basic services are not a priority and there is no job creation. This has discouraged Guatemalans who want to provide for their families and so the migration continues, even though there are dangers along the journey. No opportunities exist in Guatemala and people see a government that promised to be different from its predecessor but continues to be the same. All of this has not generated the necessary public confidence in the government.”

Honduras, El Salvador and Guatemala are also known for its violence and gang intimidation and there are anecdotal reports of some youth who were deported back to these countries being murdered by the gangs they were trying to escape from.

Pew says that two-thirds of the apprehensions are happening in the Rio Grande sector of the U.S.-Mexico border. This even as Mexico continues their crackdown to stop the flow of migrants.

President Trump? Not likely
Comment
Study: Rice May Cause Diabetes