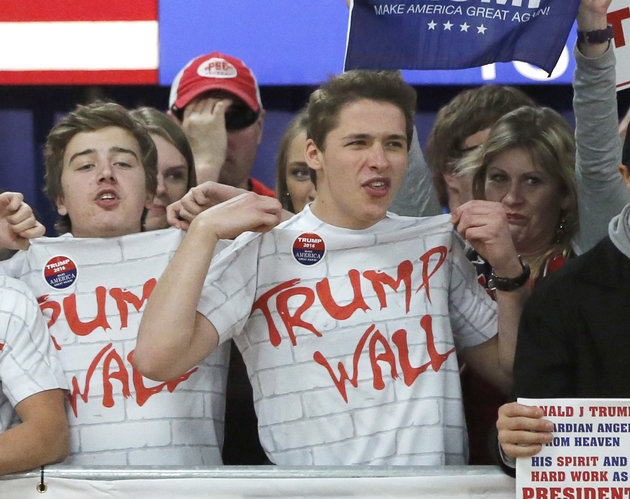 LatinaLista — For the last 8 years, the Republican Party has been known as the “Party of NO.”

What began as a partisan strategy to humiliate and deny success to the nation’s first Black president evolved into grooming perception among a vocal and impressionable group of GOP followers that people of color, or those who sound or dress differently, should be seen as threats to the nation’s economic and national security, as well as, disturbers of the social fabric of these United States.

It was a bonus consequence of extreme party politics that helps explain why in the latest Gallup Poll about national satisfaction with immigration levels, the majority (53%) want less immigration.

Though the poll’s authors are touting the fact that since tracking immigration sentiment in 2001, this poll shows the highest satisfaction for immigration levels ever recorded among Americans (41%), there’s no escaping the other truth.

According to the poll, the vast majority of those who are dissatisfied with immigration levels are Republicans, conservatives and whites — they’re dissatisfied because they feel there are too many immigrants.

Satisfaction with immigration into the country varies widely by political party and ideology. While 65% of Democrats are satisfied with the immigration level, 19% of Republicans are satisfied. Satisfaction increased in the last year among all party affiliations but was most pronounced among Democrats and independents, both of whom saw double-digit increases.

The poll, along with past polls, underscore how split the immigration issue is among the electorate.

The bottom line is that an unnecessary fear has been created.

For a country that has historically prided itself on being a nation of immigrants, the alternative — if immigration to the United States is reduced, deportations of Dreamers enacted, a Muslim registry created, a ban of refugees from countries under terrorists’ siege approved and further building of a border wall — is nothing to be proud of and serves only to reinforce the millions of tiny walls that have been building, isolating fearful Americans in their own made-up reality.