Latina Lista: News from the Latinx perspective > Education > Latino college graduates’ chances of having a good life are “just as likely” as those of privileged white peers 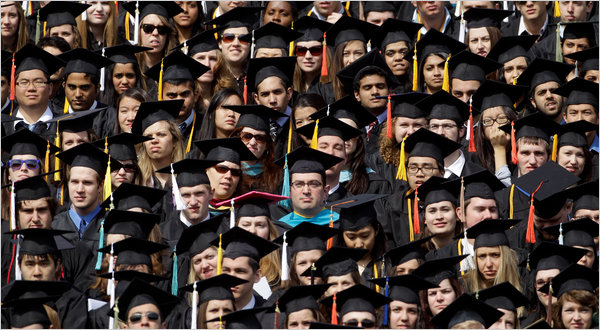 LatinaLista — While there is still evidence of an achievement gap between Latino and white students throughout high school into college, and especially in the STEM fields in undergrad classes and graduate school, once low-income Latino and other minority students graduate from college, their success in life is equal to those white students considered to have come from privilege.

The Gallup-Purdue index found that “minority, first-generation college graduates and who graduated from public colleges and universities” were just as likely to have a successful life after graduation than “Those who are white (non-Hispanic), whose mothers and fathers both completed college and who graduated from private colleges and universities.”

Gallup polled almost 30,000 college graduates who had Internet access and asked them questions ranging from their household income and profession to other aspects of their lives that would contribute to having a great life.

Popular opinion has always been that students who followed in their parents’ footsteps to elite colleges and grew up with generous allowances, had an easier time than others achieving their “American Dream” after graduation. But Gallup pollsters say that logic is being reevaluated. In fact, researchers are exploring to see if privilege is more of a hindrance than a help when it comes to achieving success in adulthood.

What we do know is that regardless of minority status, socioeconomic class and first-generation college student status, how you take advantage of college is more important than where you go.

It’s a finding that may hold the reason why the graduation rate of first-generation students isn’t higher. But at least as this poll shows, those who do make it to graduation are creating a new kind of privilege — educational privilege, which may be creating a whole other kind of achievement gap.