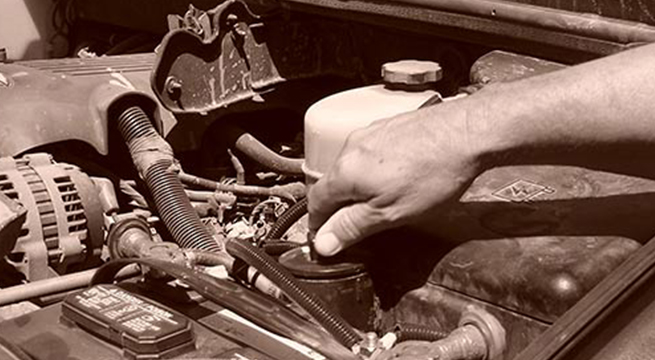 LatinaLista — Pedro Castañeda Jiménez's latest invention isn't just blowing smoke. Rather, it's a welcome creation that could cut down on one of the major sources of urban pollution — car emissions.

Castañeda Jiménez's invention has the potential of lowering the polluting emissions from cars by 60 percent. He based his invention on the chemical process of electrolysis. Installed right next to the motor and interconnected to the air intake of the vehicle, the device allows hydrogen to enter the car's engine system when the car is started.

Because hydrogen is a light element, it purifies the gas, removing contaminants, with no damage to the car's engine or performance.

In the technical tests conducted by the state agency, under the parameters imposed by the Environmental Vehicle Verification Program it was found that the hydrogen generator decreases on average 60 percent of emissions of carbon monoxide (CO).

The device is also able to lower nitrogen dioxide (NO2) and hydrocarbons (HC) generated by motor vehicles.

“Because the prototype generates no oxidation in their cells, it ensures efficient reduction of tailpipe emission levels”, emphasized Castañeda Jiménez.

“The hydrogen generator will have an estimated price of $3,500 pesos ($205 USD), an amount somewhat lower when compared with the cost of repairing the engine of a vehicle that exceeds the maximum levels of pollutant emissions”, said the developer.

“The device requires no maintenance or adjustment, since all the car owner has to do is fill the generator’s tank with electrolyzed water to maintain the conductivity of the internal cells”.

“Customer’s satisfaction is guaranteed with a 15 day trial, and if no results, full refund is made” Castañeda Jiménez added.

The inventor is actively seeking investors and strategic partners that would allow for the mass production of the device and still keep it affordable.

car emissions, environment, featured, pollution
Previous Post Report: Most urban schools in U.S. get a failing grade
Next PostGuest Voz: The School-to-Prison Pipeline Begins as Early as Preschool for Some

Report: Most urban schools in U.S. get a failing grade
Comment
Guest Voz: The School-to-Prison Pipeline Begins as Early as Preschool for Some