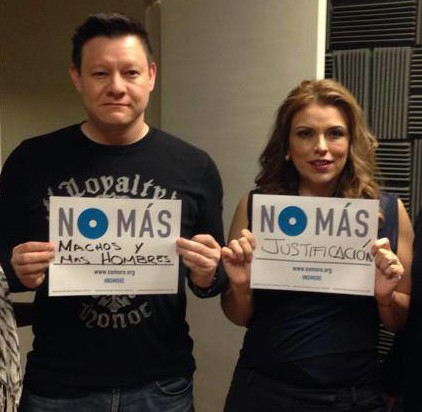 LatinaLista — Guadalupe Diaz was the “Dr. Oz-Oprah-Dear Abby” go-to woman of her time in her urban Oklahoma City neighborhood. An immigrant who fled Mexico at the height of the Mexican Revolution, Lupe – as she was known – and her family eventually settled with other Mexican immigrants in a neighborhood that had the local Catholic church at its heart.

Yet, being so close to the church didn’t deter some men in the neighborhood from beating their wives or children. When the abuse got intolerable, the beaten women would send their crying children to fetch Lupe. When Lupe arrived, the respect the men had for her quelled their uncontrollable anger and they listened politely as she scolded them and sent them to church to confess their sins. All would be forgiven until the next time it happened and the sad scenario repeated itself.

Lupe was my abuelita and she never thought twice about helping her neighbors during such difficult moments. It’s a trait that wasn’t unique to my grandmother. A new study released today on domestic violence and sexual assault in the Latino community, No Más, reveals that more than half of Latinos know someone suffering from domestic violence. Like Lupe, over 60 percent of Latinos who knew a victim of domestic violence either intervened or did something for the victim.

Most fault the “machismo” attitude prevalent in the Latino culture as the main contributor to the high incidence of domestic violence. According to the study, released in both Spanish and English, it’s more complex than that:

An overwhelming majority of the Latino community believes drugs and alcohol abuse are the leading cause for domestic violence and sexual assault in the United States, followed by lack of good parenting and education in the home.

Lack of respect for the opposite sex was seen as a bigger driver of domestic violence and sexual assault than traditional gender roles. However, Latinos are more likely to see traditional male gender roles as a cause of domestic violence and sexual assault within the U.S. Latino community than they are to see it as a cause within the United States as a whole.

The study, commissioned by the Avon Foundation for Women for Casa de Esperanza, conducted a telephone survey of 800 Latinas nationwide, 18 years and older. While the study shows a general consensus among all Latinos regarding the issue, there was one question in which Latinos split along citizenship status:

And though the study highlights an issue that is a black eye on the moral health of a community, the survey reveals there is hope on the horizon for victims and the Latino community in dealing with this painful issue:

More than a third of Latin@s (35%) say nothing would stop them from stepping in to help a domestic violence or sexual assault victim they knew.

However, this study is only the beginning of raising awareness about this serious issue. A national campaign launches in September. NO MORE, Casa de Esperanza: National Latin@ Network, and Verizon are partnering to launch the NO MÁS national public awareness initiative “to address domestic violence and sexual assault in the Latino community. To get additional information, visit Casa de Esperanza.