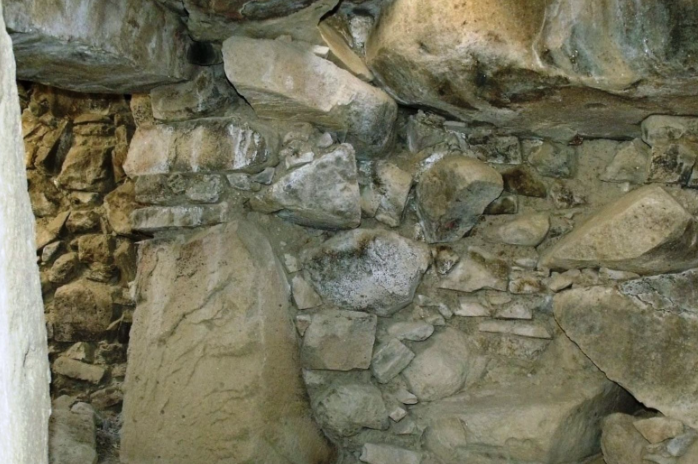 By Corey Watts
Peru This Week

Archaeologists, road workers, and villagers have discovered what they believe to be a pre-Inca burial site made of hewn stone, inland from Chimbote.

Residents and officials of the Moro district, inland from Chimbote, believe they have found a pre-Inca tomb with unique properties.

Engineer Ramon Cribillero Almonds who led the team that made the discovery consulted with archaeologist Carlos Ciriaco Cacha, who confirmed that the site is a tomb, Andina reports.

Archaeologists say that most pre-Hispanic burials took place underground and this is the first evidence of a tomb above ground.

The discovery was made during roadworks to improve tourist access to the Huaracurana waterfall, although the it seems that locals have known of the site for some time.

The construction, which is hard to get to and sits high on a hillside near the village of San Felix, comprises a portico at the entrance, about 1.5 by 1 metres, with three compartments inside.

Residents of San Felix say that the rooms once contained skeletal remains.

Several other pre-Inca sites in the area have suffered heavy weathering during El Niño events, as well as earth tremors. This one, however, appears to be well preserved.