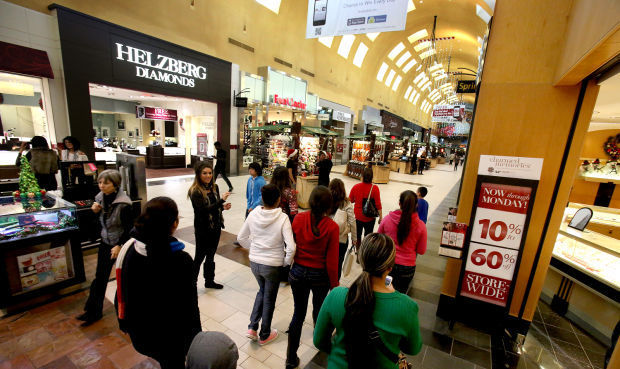 LatinaLista — In this year’s annual report on the state of the U.S. multicultural economy from the University of Georgia’s Selig Center for Economic Growth, researchers found two groups blazing growth in the economy — Asians and Latinos.

According to the report, Hispanic consumers will spend $1.3 trillion in 2015,  making it larger than the GDP of Mexico. By 2020, the total is expected to reach $1.7 trillion. Asians, of which there are a little over 18 million in the U.S., will have spent $825 billion in this year. In 2020, their purchasing power is expected to grow to $1.1 trillion.

The purchasing power of both Latinos and Asians contribute to the nation’s total buying power which will be $13.5 trillion in 2015 and $16.2 trillion by 2020.

In a press release, Dr. Jeff Humphreys, director of the Selig Center, said, “The Asian and Hispanic markets will really drive the U.S. consumer market. Those two groups will account for a disproportionate amount of growth. The African-American market will still expand at a rate that’s compelling, but the Asian and Hispanic markets are where you see the really fast-paced growth.”

The report further found that 35 percent of Hispanics are under the age of 18, compared to only 20.8 percent of the non-Hispanic population in the same age range.

However, not all Hispanics spend the same. The report broke Hispanics down into subgroups and discovered some interesting differences.

“The biggest change I’ve seen over time is the focus or the interest level has increased for Hispanic estimates after Census 2000,” Dr. Humphreys said. “That was kind of a wakeup call to corporate America about the importance of the Hispanic consumer. Many companies found that they were behind in terms of targeted market efforts to Hispanic consumers.”