Latina Lista: News from the Latinx perspective > PadreCare > PadreCare: Keeping seniors on track with their meds doesn’t have to be a pill-of-a-chore

PadreCare: Keeping seniors on track with their meds doesn’t have to be a pill-of-a-chore 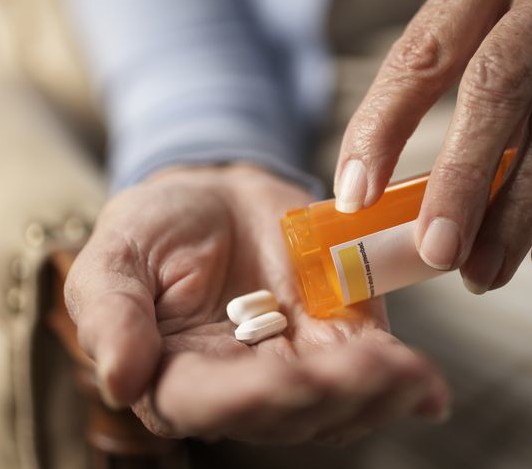 One of the biggest challenges when you have elderly parents is their medication. This includes what they are taking, the dosage, and their schedule. If your parent lives alone it would be a good idea to learn what medications they take and to make sure they have a system or schedule for taking them.

If your parent lives with you, like my father lives with me, then you have to closely monitor him or her. It can be a matter of life or death, as my sisters and I learned.

My dad first started having heart issues around 2002. At that time he had to have a pacemaker put in but the medication that he had to take was minimal. He was still young enough at the age of 78 to remember to take a daily aspirin.

Fast forward about 11 years when he had to have the battery changed on his pacemaker. Coincidentally, or maybe not as I often asked the doctors, after he had the battery changed his health took a nosedive. Suddenly, he ended up in the hospital and he was prescribed several medications. He was sent home with a bag full of pills and he lived alone.

We knew our father well enough to know that he would never figure out which medications he had to take at what time of the day.

One of my sisters tried to help him get organized. She bought him a pill holder with all the days of the week and morning and evening slots. She would go over weekly to fill it with his medicine and to make sure that he was taking it correctly. Apparently he wasn’t. He had congestive heart failure, he fell one night when he was alone, and he ended up in the hospital for two weeks.

Lesson learned. Our 88-year-old father could not handle taking medication on his own. Someone was going to have to closely monitor it for him.

The first six months that he lived with another sister he was very sick. She had to hand-feed him his medication the entire time he lived with her. He had no idea when he had to take them or even less what he was taking. By the time he came to live with me, he was much better. He was ready to venture out on his own and to take on more personal responsibility, which I think is really important. When he has a sense of responsibility and freedom he does better.

One of the most important steps for me as his caretaker was to become familiar with the medications he was taking. When I took him to his heart and geriatric appointments I always took a small bag with all of his pill bottles to show the doctor what he was taking, especially when it was a young resident doctor at the VA Hospital. I asked questions and I figured out which medications he could take in the morning and which ones at night.

I renew all of his prescriptions online for him and when I receive the refills in the mail I always compare the label to the bottle it’s replacing to make sure there are no changes by mistake. If there is a change, I call the geriatric clinic to find out why.

As for his schedule and how he takes his medications, I’ve had to try different approaches with him, depending on how he’s doing. In the beginning when he came to live with me, I would fill his big pill box with all the days of the week but I would remind him every morning to take it. This helped him keep track of what day of the week it was and to become more aware over-all.

He did OK for the most part but then he would take the morning ones at night or the evening ones in the morning. Sometimes he wouldn’t take them at all.

So I tried a different approach. I made him 2 little boxes and labeled one AM and the other PM and I filled these each day and hid the rest of the days of the week. We tried that for a while and it worked for the most part, except for on the days when he would take it with him to his restaurant to take after he had eaten breakfast and he would come back home with the pill box still in his pocket.

I went back to using the days of the week pill box and he takes the medication at home first before he goes anywhere. With time, he has gotten a lot better at remembering to take it every morning, with a few exceptions. I’m always here at night to make sure he takes his night medication.

The key is to be flexible to his needs and his memory. I realize that the day may be coming soon when we’ll have to go back to hand-feeding him his pills. For now, this has been working well and I keep a close watch on when there’s a need to change our routine to meet his needs.