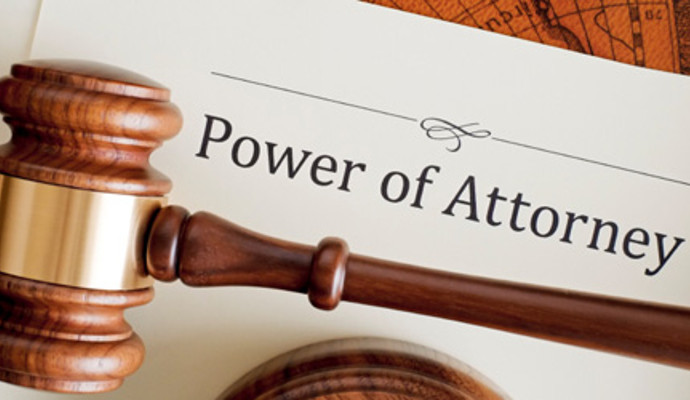 A couple of years ago when my dad came to live with me, I found out he had written a new will that he didn’t tell me about. For whatever reason, my dad had decided to change the will he’d written eleven years earlier. He still lived alone when he did this and was still very independent despite being in his late eighties at the time.

I was more concerned than hurt about the fact that he’d changed the will and didn’t tell me. I think I was especially concerned because I was now his caregiver and I should have been made aware of any changes. After some thought, and a few months after living with me, he decided to change the will back to the original version. This time he told me about it and we took all the necessary steps to get it witnessed, notarized and filed.

Other than a will, we aren’t as prepared as we should be and we aren’t alone. As many senior citizens get older and have more needs, move in with adult children or go to live in senior living homes, they have more legal needs.
In fact, there has been a growing need for elder law in the past few years. Nina Kohn and Ned Spurgeon published an article, “Elder Law Teaching and Scholarship” in the Journal of Legal Education in 2010.  They predicted “a growing need for law schools to include elder law in their curricula in light of the nation’s aging population.”

Elizabeth S. Hilbun is “Board Certified in Estate Planning and Probate Law by the Texas Board of Legal Specialization and an Accredited Attorney with the Department of Veterans Affairs.” Her law firm services include working with the elderly, veterans, estate planning, writing wills and asset protection. They “offer guidance with Medicaid and long term care planning.” They “specialize in probate, estate and trust administration.” Their “legal services also include planning for retirement, business succession and special needs planning.”

Hilbun lists three of the most common mistakes families make when caring for their senior parents.

1. Failing to have the proper Power of Attorney for both medical and financial. She says that families end up having to go to court to establish guardianship.
2. Not knowing what benefits are out there and how to apply for them or how the rules apply to them.
3. Not involving their parents in the decision-making process.

Hilbun is busy these days starting a non-profit to help seniors with more resources. The Living Legacy Center is a 501c3 providing educational outreach to Veterans, Senior Citizens and Special Needs folks in Harris County (Texas) and surrounding counties. Their mission is “to facilitate the ability of Veterans, Senior Citizens and Special Needs to locate financial and supportive resources in the public and private sectors in order to maximize quality of life.”

Because of her work on this non-profit initiative, Hilbun has been nominated for the Texas Plus Champions Award and people will be able to vote online for a winner in August on the Texas Plus website. “A TexanPlus Champion exemplifies excellence through what they give back to our local community and how they are making life better for an aging population.”

Going back to some of the most common mistakes Hilbun listed, we have a Medical Power of Attorney for my father but we don’t have a financial one and we definitely need it. Like her third point brings out, it’s also important to involve the parent in the decision-making process so asking him what he wants right now, when he can still make those decisions, is important.

Hiring an attorney shouldn’t be something we shy away from. Using an attorney for some of these needs will save so much time and money in the end because these decisions were made and planned out well in advance with your parent.

These documents should be seen as important as insurance for the day when your parent can’t make his or her own decisions or doesn’t remember what they said they wanted for themselves. Having the necessary documents like a will and a power of attorney will insure that your parents’ wishes are met.

They also serve as peace of mind for you as the caretaker and will let you concentrate on caring for your parent without those additional worries.