Latina Lista: News from the Latinx perspective > PadreCare > PadreCare: Technology creates peace of mind for both caregivers and seniors

PadreCare: Technology creates peace of mind for both caregivers and seniors 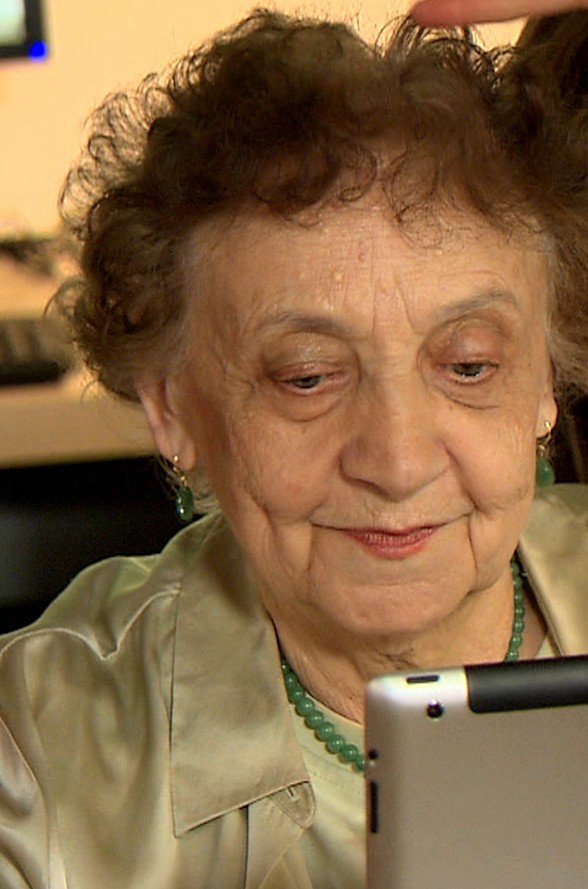 Last Wednesday night, I took my dad and dropped him off at his church meeting like I always do. After I got home, my phone rang and it was him. As soon as I saw his name on my screen, I thought something bad had happened. He sounded worried. He asked if I had the phone number to one of the elders.

“Why?” I asked getting more worried.

“I was sitting in the auditorium waiting and all of a sudden someone turned off the lights and locked me in.”

“What? Why?” I asked perplexed.

“I forgot that we weren’t having meeting tonight,” he explained.

As it turned out, after someone else’s meeting had ended, they left and locked the door without checking the auditorium, figuring there wasn’t anyone there because the meeting had been cancelled.

I quickly called an elder who is also a family friend. He couldn’t help but laugh at the comedy of the situation but he assured me that he’d go right over to open the door for us. I drove back. My dad was fine, not even scared. He was just patiently waiting for us to come and get him.

I’m glad that I asked at the TMobile store if they had a flip phone with big numbers. They did but they didn’t have it out on the floor. They said they keep them in the back because customers still ask for that specific type of phone.

I was already working on this story, doing research on some of the different technology that has been developed to help seniors, when this happened. It was an ironic coincidence and reminded me of another way that technology is helpful.

Just recently, I talked to TMobile about my dad’s phone and that I wanted to be able to locate him via GPS when needed. They told me that there’s an app called FamilyWhere that will allow me to do that. Unfortunately I found that the app isn’t available for iPhones, only on Androids, so I’m going to have to find an alternate plan.

The reason I need the GPS on his phone?

As I’ve written before, my dad is pretty independent and he goes to a restaurant and to a Fiesta Supermarket that’s on the bus line and not too far from my house. Recently, he called me and told me that he had started walking down his usual bus route, stopping and waiting at each bus stop, and that his bus wasn’t coming. I immediately became concerned because it was dark and when I asked my father where he was exactly he was vague in his answer.

That was one of the days that using a GPS would have been ideal. Having GPS on his phone will help me locate him quickly and it may keep him safe from harm. Fortunately I found him quickly by just driving down the street.

When I was growing up in the 80s there was a very popular commercial that many found humorous but that actually dealt with a very serious matter. It was a commercial for LifeCall Medical Alert. An elderly woman was wearing a pendant that she activated when she fell down and she spoke into the pendant to tell a dispatcher she had fallen and that she couldn’t get up.

The dispatcher tells her that help is on its way. If you think about it, this device was a leader in this type of technology. LifeCall is still around and you can still buy devices from them to keep your senior safe. When I was looking at their products I could see how I could use them for my dad. He could quickly call 911 if he were to fall in the shower or anywhere in the house.

There’s also a lot of more sophisticated technology being developed every day. University of Texas at Arlington nursing and engineering researchers recently introduced a model “Smart Care” apartment that has intelligent care technology within it “to reduce risks for older adults and those with disabilities who want to live independently in their own homes.”

The University of Texas at Arlington news center reports that among other technologies, “the Smart Care apartment includes:

• Sensors underneath tiles on the floor that will allow researchers to measure and evaluate changes in walking gaits and weight that might suggest illness or injury;
• A special camera embedded in a bathroom mirror that will tell researchers about day-to-day heart rate, facial expression, and skin color. Changes in expression and skin color can reveal aspects of the overall health status as well as about oxygen content of the blood;
• Lift chair to help residents stand; Smart appliances such as an LG microwave, range and refrigerator;
• Connected exercise equipment, including a recumbent bike and interactive Kinect-based Tai Chi trainer;
• Other systems that will detect whether medication is being properly managed or if the resident is not sleeping well or staying in bed too long.”

Others are developing similar technology for homes. In 2013 Forbes Magazine reported that “Örebro University in Sweden was developing special eldercare telepresence robot, called GiraffPlus. The robot was already being tested in Örebro and was expected to be tested in real homes of seniors in Sweden, Rome, Italy and Malaga, Spain by 2014.” This robot will be able to read the movements and patterns of the resident.

Q&A with Political Activist Rosie Castro (Mom to Joaquín and Julián)
Comment
Event organizer sees Havana as holding tech opportunities, but for whom?