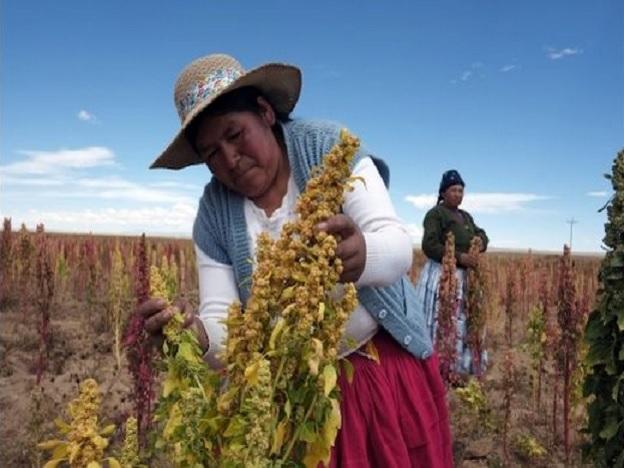 The new quinoa burger at McDonald’s in Germany might have been the most exciting quinoa news of the year, until a scientific development hit the public.

Peruvian specialists are developing maybe 10 new varieties of quinoa, made of different variations of crosses of the 3,000 varieties that already exist.

In the 7,000 years that quinoa has been produced in the Andes of South America, consumers have realized the great nutritional qualities that the grain contains. So to continue pushing the envelope, scientists are producing more varieties.

“What we are doing right now is selecting the progenitors [types of quinoa] that have the greatest genetic distance, so that they don’t have a relationship between them. It’s like this that we begin the crosses between the fathers with the objective of having new varieties with a greater potential,” specialist Angel Mujica told El Comercio.

Better potential meaning, they have greater nutritional content and can be harvested at various altitudes that Peru offers in its diverse climates.

They will end with between 8-10 different new varieties at the end of their project and plan to launch them in the regions of Puno, Arequipa, Cusco, Huancayo, Cajamarca, Huancavelica and La Libertad. The new varieties should be ready for the public in 2017.

Quinoa has twice the amount of protein than any other cereal.
There are 3,000 varieties of quinoa in Peru.
Quinoa has been produced in the Andes for about 7,000 years.

The other immigrants: how the super-rich skirt quotas and closed borders
Comment
From Romanian immigrant to hybrid artist in Juarez, Mexico