Q&A: CNN Democratic strategist on why Clinton is right choice for Latino voters 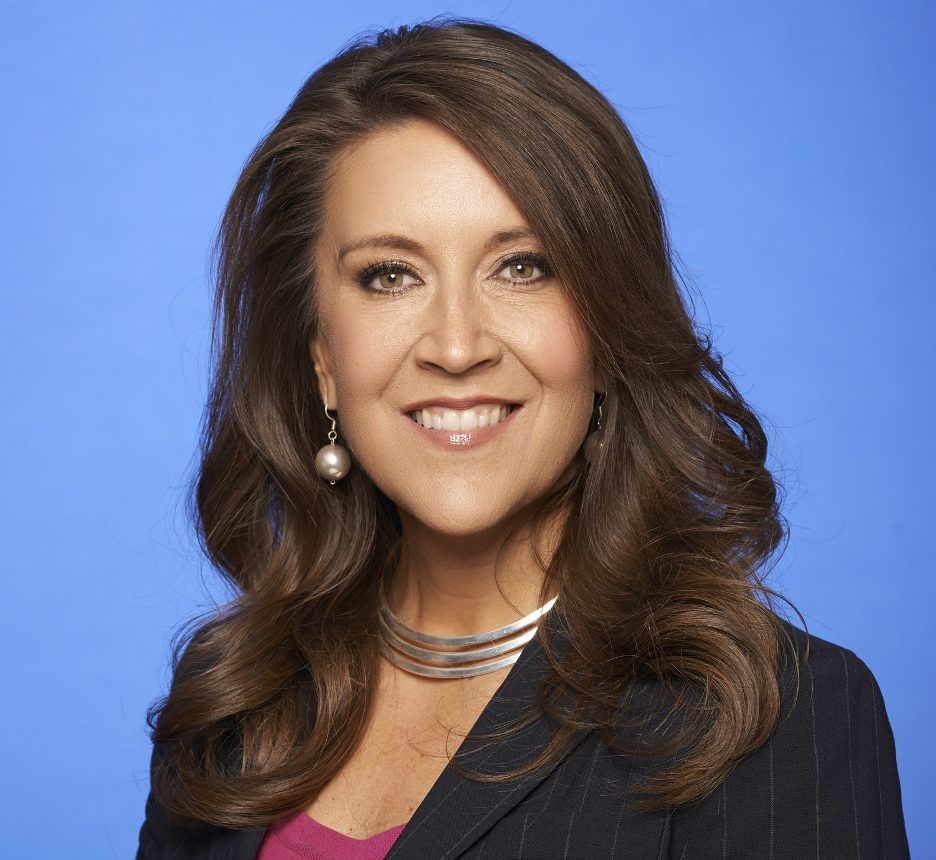 When it comes to the 2016 U.S. presidential election, Maria Cardona, Democratic strategist and political contributor for CNN and CNN en Español, isn’t mincing words on how she feels about the two leading candidates. Originally from Bogotá, Colombia, Cardona served as a senior advisor for Hillary Clinton’s presidential campaign in 2008. In 2011, she became CNN’s first Latina Democrat contributor in the history of the network.

During an interview from Washington, D.C., Cardona, 49, talked to me about some of the major differences between Clinton and Donald Trump that she says make the choice between the two an easy one and explains Trump’s disconnect with Latino voters.

We’re speaking before the second presidential debate has taken place, but right now Hillary Clinton is leading the presidential race in national polls and in a majority of the swing states. What does she need to do to keep this trajectory through Election Day, Nov. 8?

I think she needs to continue her strategy of offering her positive, forward-looking vision and plans to create an economy that works for everybody. She needs to continue talking about making college affordable for everybody who wants to go so when students get out of college they don’t have crushing debt to deal with and they have good paying jobs available to them. She needs to focus on comprehensive immigration reform and talk about how she’s the one with the knowledge, experience and temperament to keep America safe. She will continue to make the contrast between herself, someone with 40 years of service who has worked to make the future of American families better, versus someone like Donald Trump. The only thing he has done in the past 40 years is enrich himself on the backs of working-class Americans.

Trump is running mainly on his experience as a businessman. What do you consider the biggest problem with that strategy?

In the past several weeks, we have seen very concerning stories about Donald Trump and his lack of a business acumen—his business failures. It’s his business record he has put up in front of the American people as the one thing they should judge him on and as a reason they should trust him to run the country. The fact is, he can’t even run his own company. He stiffs people like subcontractors who are hard workers trying to make a living. It is the epitome of irony and disgust when you have undocumented immigrants who have taken the brunt of his attacks from the very day he announced his candidacy, but it’s those undocumented immigrants who have paid more in federal income taxes than a multibillionaire like Donald Trump.

In your career, have you ever seen the level of pushback against one candidate as you have this election season with Trump?

Absolutely not. I don’t think we’ve ever seen a candidate who is temperamentally unfit, wholly unqualified and completely unprepared to be Commander-in-Chief as Donald Trump. That’s why I think you have people looking at this race and saying, “This isn’t even a binary choice.” Donald Trump doesn’t understand the relationship between the U.S. and countries we have to work with in order to fight terrorism at a granular level and countries we have to continue to push to make sure they are making human rights and civil rights and social reform so that terrorism doesn’t take hold in their country. That is a very nuanced balancing act. Nuanced is not a word that exists in Donald Trump’s vocabulary.

What are you hearing from Latino millennials as their biggest concerns during this election?

Certainly jobs and the economy are important issues to all millennials just like they are for most Americans. But I also see that millennials are a generation of activists, so climate change has been a big deal for them. College affordability is a huge issue for them. I also think she’s going to get a big boost by people like Bernie Sanders, Elizabeth Warren and Michelle Obama, who are hugely popular among the millennial population. Michelle Obama is hugely popular among Latinas, in particular.

In 2011, you became CNN’s first-ever Latina Democratic contributor. Do you feel a sense of responsibility to Latino viewers to make sure their issues are heard and discussed?

I really do. I will give you a concrete example. The night of the vice presidential debate, I was on Anderson Cooper’s debate panel. Then I went to do the pre and post analysis on CNN en Español. During the debate, Mike Pence utter the words, “There you go again, Senator, whipping out that Mexican thing.” It became such a lightning rod on Latino social media and on Latino television. When I went back on CNN late at night for more post analysis, “whipping out that Mexican thing” was not a topic they had discussed until I got to the panel.

Do you think the Trump campaign has written off Latino voters since he’s doesn’t seem to be making any inroads with them?

Yes, he hasn’t made an effort. That’s fine. We’ll show him the price of that in November. He doesn’t understand that no Republican candidate can get to the White House without at least 44 percent of the Hispanic vote. He is in the mid to high teens right now. He is underperforming where Mitt Romney was [in 2012] and Mitt Romney lost the election. For Latino voters, this is another indication that this is not a ticket or party that cares about Latino voters or their interests. When Latino voters are one-fifth of the U.S. population right now and will be one-third in 20 years, we can’t have a leader that dismisses this demographic so easily. We have to go with somebody who has a record of working with the Latino community for four decades.

Kiko Martinez is a freelance writer based in San Antonio, Texas. He writes on film, politics and cultural issues. He is the editor of CineSnob.net.