Latina Lista: News from the Latinx perspective > Immigration > Reporter discovers ICE lied about how many arrests made in immigration raid 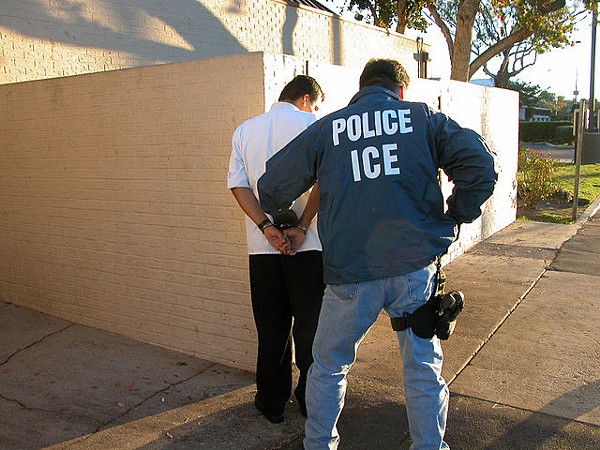 LatinaLista — Just the mention of “ICE” (Immigration and Customs Enforcement) has long sent chills down the spines of undocumented communities. Even though this administration and the prior one said ICE is only focused on picking up and deporting hardened “criminals,” it has become apparent that there exists a different definition of the word between the federal government and the majority of the American public.

That point has been underscored in a recent spate of deportations:

A Michigan father, too old for DACA, is deported after three decades in the U.S.

Now, thanks to a reporter with the Texas Observer, the public knows without a shadow of a doubt what the word “criminal” means to this administration — undocumented immigrant.

Austin-based reporter Gus Bova filed a Freedom of Information Act (FOIA) to get the actual number of undocumented migrants ICE picked up last February as part of a national raid that then Department of Homeland Security (DHS) Secretary John Kelly said netted undocumented immigrants, of whom 75 percent had prior criminal convictions.

In a statement at the time, the Department of Homeland Security stated: The convictions were for offenses “including, but not limited to, homicide, aggravated sexual abuse, sexual assault of a minor, lewd and lascivious acts with a child, indecent liberties with a minor, drug trafficking, battery, assault, DUI and weapons charges.”

Overall, 680 people were arrested, whom then-Secretary Kelley characterized in a released statement, as posing “a threat to public safety, border security or the integrity of our nation’s immigration system.”

At the time of the raid, ICE told Austin media that the raid lasted 2 days, from Feb. 9-10, and 51 people were arrested.

According to the FOIA, the ICE raid didn’t end until Feb. 12 and it resulted in 132 arrests.

The revelation is disturbing because it means one of two things: Either there were 132 murderers, rapists and otherwise hardened criminals living among Austinites for all these years, evidently under the radar, or ICE just deported a bunch of otherwise innocent people.

A Texas politician, who represents part of the raid area, didn’t like what he learned from Bova’s FOIA find. State Rep. Eddie Rodriguez, representative of Texas House District 51 in Southeast Austin, serves as policy chair of the Mexican American Legislative Caucus, the oldest and largest Latino legislative caucus in the nation, and he’s on a mission:

“…This news follows in the wake of revelations that Austin was specifically targeted for aggressive immigration enforcement, that ICE lied to the public regarding important details about Operation Cross Check and that agency officials were disappointed by their failure to find ‘egregious’ cases to sensationalize.

“Even when we were led to believe that the raids resulted in 51 arrests, ICE had only identified 23 of those individuals as having criminal histories – it’s possible that more non-criminals were swept up than we realize. I am deeply troubled by the federal agency’s lack of transparency, accountability and integrity in this matter, and I intend on setting the record straight.”

Alejandro Peña, communications director for State Rep. Eddie Rodriguez, tells LatinaLista, that the Rep. Rodriguez plans on seeking clarification about the arrest numbers and operation’s timeline because “the public deserves to know the truth.”