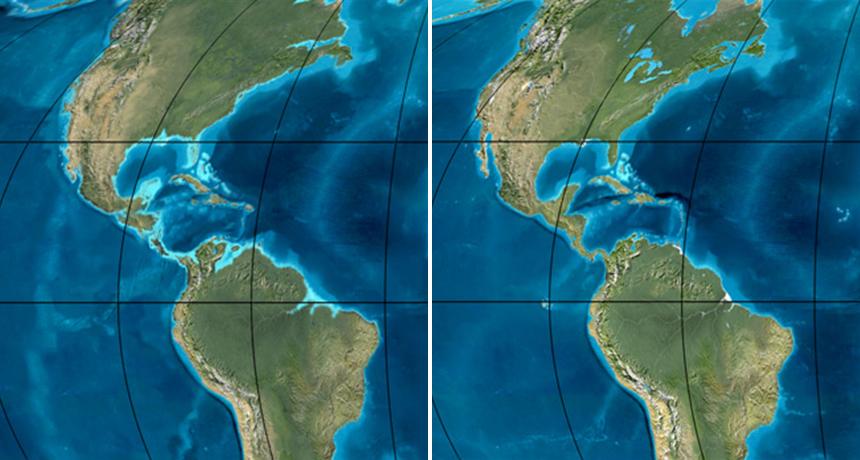 That’s the case with the news that a group of scientists working in Colombia uncovered a curious find.

The team was examining layers of rock in an ancient riverbed in Colombia when they discovered volcanic minerals that were between 13-15 million years old. What struck the scientists as curious was the fact that the closest volcano was in Panama. During that time period, Panama was nothing more than a small arc of volcanic land separated from Colombia by an ocean. The area which would later spawn the land-bridge linking North and South America hadn’t been formed yet — or so went the popular theory.

Scientists now theorize that the only way the minerals could have made their way from Panama to Colombia was via a river, and rivers don’t exist between land masses separated by oceans.

The only plausible explanation is that a river did exist between Colombia and Panama because a portion of the Panama Isthmus had formed 10 million years earlier than scientists believed.

“The only origin for these crystal fragments we found in Colombia is in Panama,” says lead author Camilo Montes, a geologist at the Universidad de los Andes in Bogotá, Colombia. “There had to have been a river flowing over a land connection 13 million years ago.”

As is customary in the academic world, not everyone is jumping on board with this new theory. But if proven true, the revelation that a land-bridge existed far longer than scientists thought will impact many other established theories about the Americas — and force the examination of just how intertwined is the ancient history of the Americas.