Latina Lista: News from the Latinx perspective > Education > Small Texas town creates unique way of honoring cowboy past and looking ahead to the future 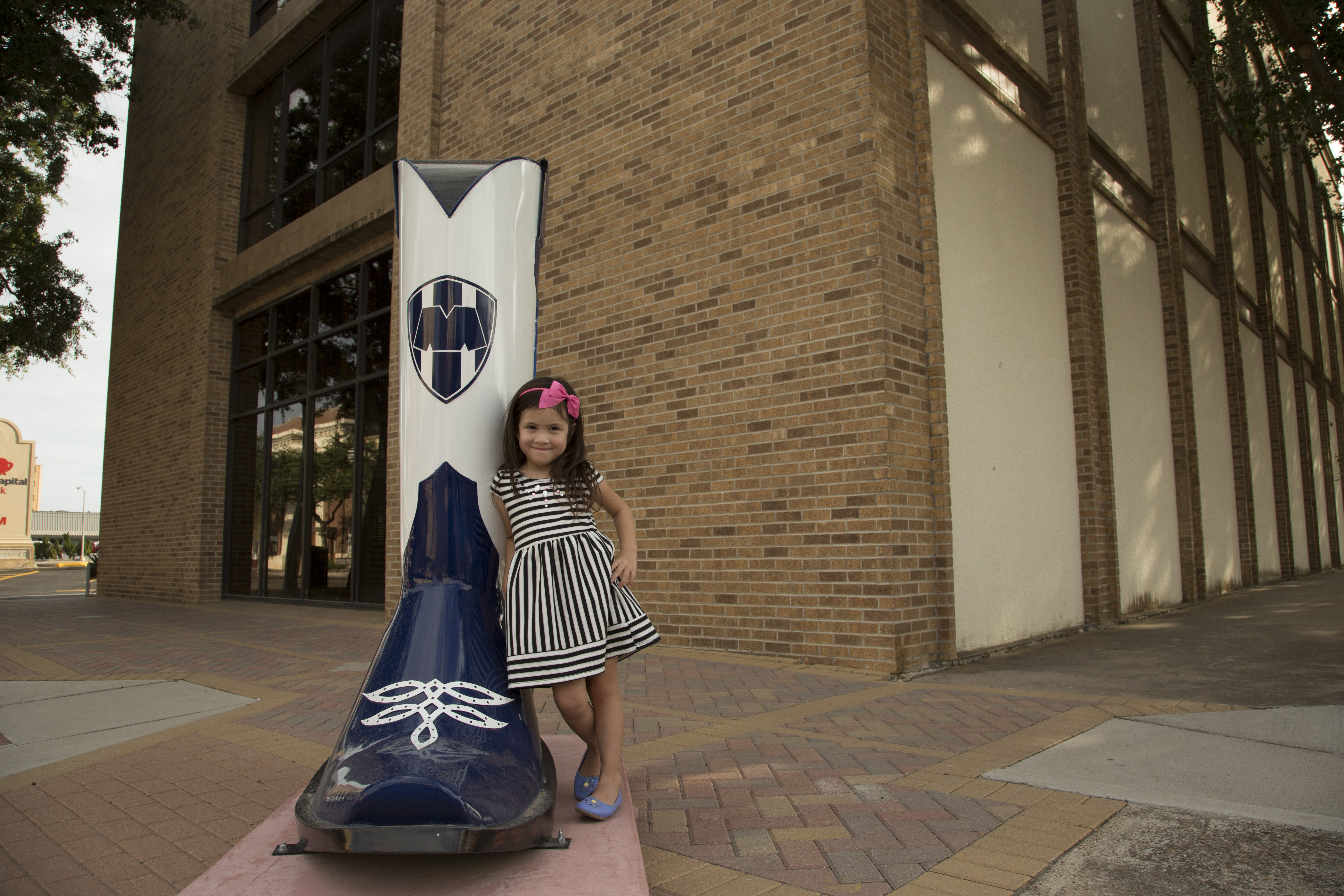 LatinaLista — Aside from the Alamo, one of the most iconic images most people associate with Texas are cowboy boots. Boots have been part of the Lone Star State’s culture when it was still a part of Mexico, and cowboys, known as vaqueros, worked from dawn to dusk herding cattle. Some of the first cattle drives in the old West started in the Rio Grande Valley of Texas.

Mercedes, Texas, known as the “Queen City of the Valley,” is one of the oldest towns in the Rio Grande Valley. With a population just shy of 17,000, Mercedes is one of those towns easy to miss. Incorporated in 1909, the town has a history steeped in cowboy culture and was once known as the Boot Capital of Texas where high-quality boots were made. The tradition continues to thrive — though a new kind of boot is putting Mercedes back on the map these days.

Five feet tall and made of aluminum, the boots, made by a local sign company, are part of the Development Corporation of Mercedes’ public art project, Las Botas de Mercedes. What makes the boots unique is that each one is painted with the colors and logo of a different university or college. 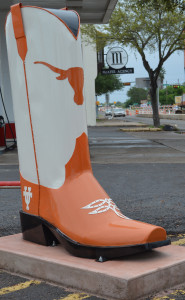 In an interview with Texas Border Business, Hernan Gonzalez, executive director of the Development Corporation of Mercedes, explained,”There is a great amount of passion that comes with a person’s alma mater or where they aspire their children to attend or their favorite football team. Botas de Mercedes is a unique display that can only be found in Mercedes. To our knowledge, there is no other such tribute to Texas colleges in the state.”

A minimum of 29 boots are planned for the series. So far, scattered throughout Mercedes, there are boots representing 21 Texas universities, two universities outside the state – Harvard and Notre Dame, four representing Mexican colleges and one high school – Mercedes High School.

“Harvard was chosen as one of the boots because the Texas Valley Communities Foundation has a Masters Degree Program from Harvard,” Gonzalez told Latina Lista. “This distance-learning program is for middle school math teachers who attend their classes at the Foundation’s distance-learning lab. When they are finished, they will receive their degrees from Harvard.”

The purpose of the botas series is two-fold: A way to rebrand Mercedes to get noticed in the region for more business development and a destination for families and to promote a college-going culture. 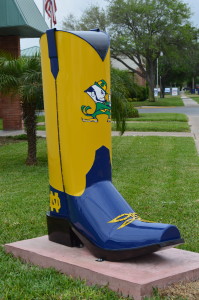 According to the 2013 U.S. Census, Mercedes’population is 92 percent Latino. While 60 percent of the population has a high school or equivalent degree only 10 percent possess a Bachelor’s degree.

“One of the reasons we chose this public art initiative is to promote education within our community,” Gonzalez said. “The numbers are not high, but we feel with a new regional university and promotion of education, we can raise those numbers locally.”

Reaction to the Botas de Mercedes has exceeded Gonzalez’s expectations.

“The project has been acclaimed by the region as people from all over have come to Mercedes to snap a photo with their boot.” 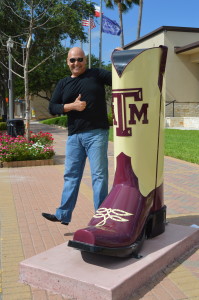