Latina Lista: News from the Latinx perspective > NewsMundo > Spanish activists use flamenco to stomp their message to the masses

Spanish activists use flamenco to stomp their message to the masses 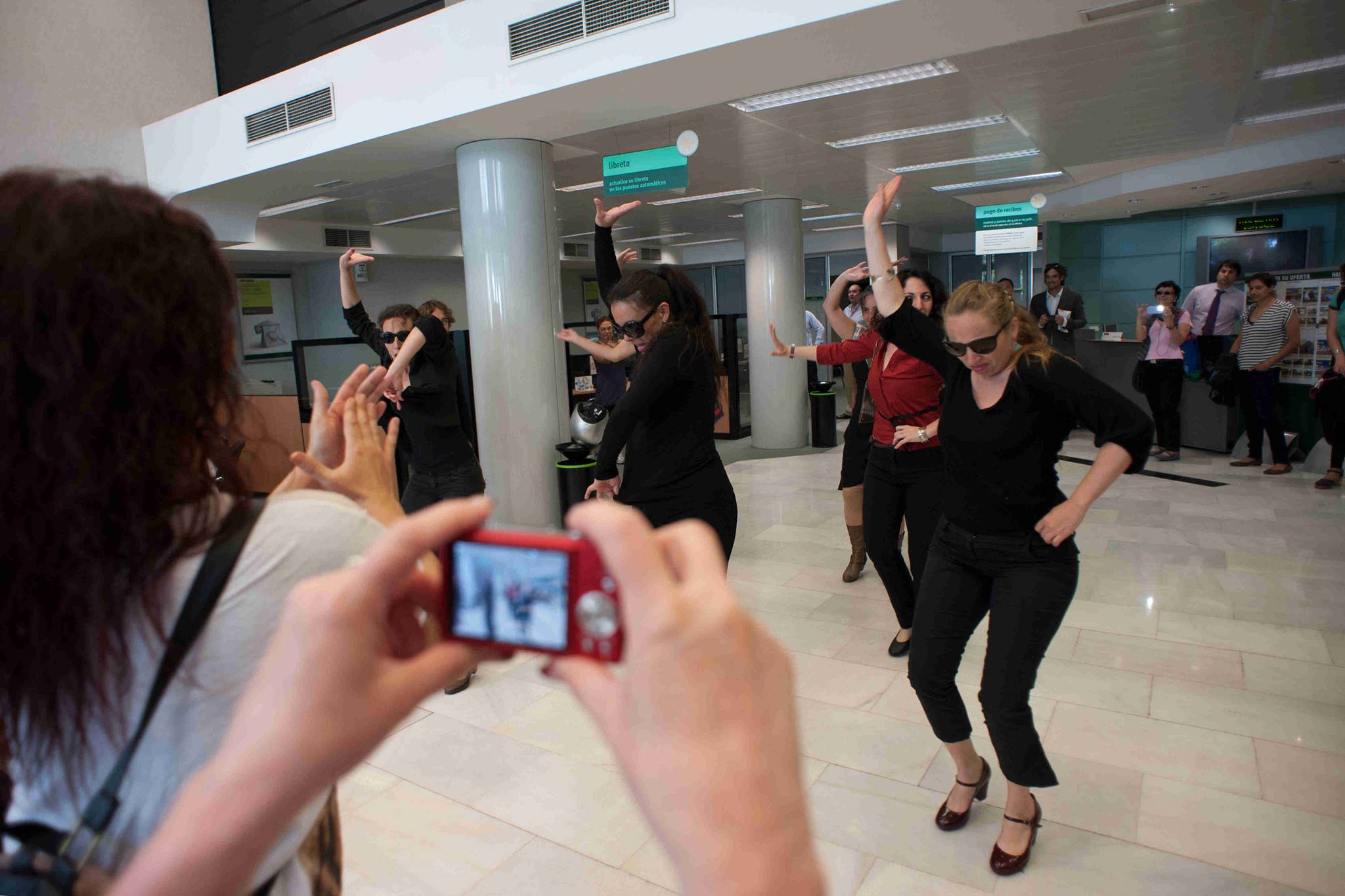 LatinaLista — Spain's most iconic dance form is the flamenco. Instantly recognizable by the dancers' postures, along with its six characteristics: singing (cante), guitar playing (toque), the dance (baile), vocalizations (jaleo), handclapping (palmas) and finger snapping (pitos), the flamenco is an art form that at the same time tells a story. Songs range from the melancholy to love but all contain a passion conveyed by the intensity of the dance moves of the artist.

It's that passion that an anti-capitalist group in Spain, known as Flo6x8, has seized to convey their unhappiness with the country's fiscal policies.

Since the spring of 2008, Flo6x8 has been staging carefully choreographed flamenco flash mobs disrupting the Andalusian Spanish Parliament and banks in southern Spain. Dancing either on the steps of big banks or in the lobbies of smaller branches, the group performs in an effort to "unmask" the banks whom they blame for the financial crisis in the country that caused Spain to undergo the worst loss of jobs and homes in modern memory.

Adopting flamenco as a protest form, the group is attempting to "repoliticize" flamenco and revert it to its roots when it was used by marginalized communities, like the gypies, to share their stories of poverty and hardship.  The group uses every element of the dance — from body movements to song lyrics — to stage a political protest that uses traditional art to create a new social change.