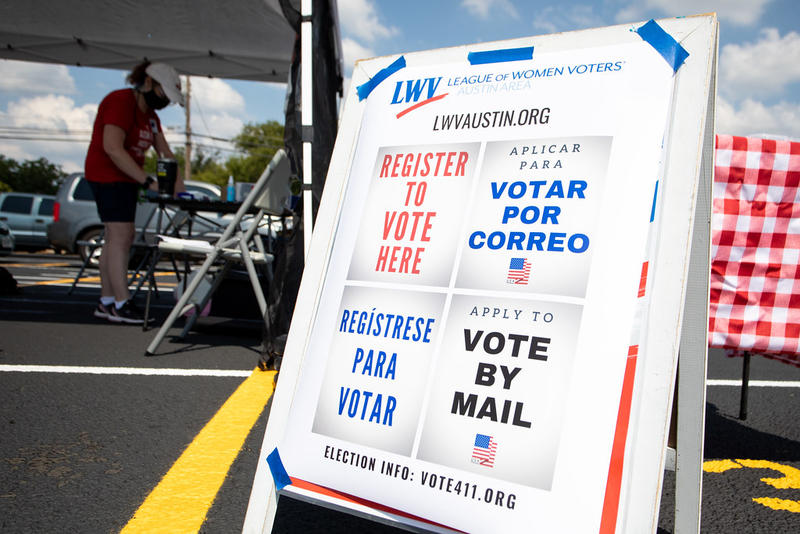 In a recent New York Times story, writer Jennifer Medina discusses the curious support of Donald Trump by Hispanic voters, estimated at 30 percent by recent polls.  Who are these “Latino Trumpers” and how do they justify their support for Trump given the numerous racists comments made by Trump about Latinos and immigrants in addition to the aversive policies targeted to Latinos?

In reviewing general polling results of Latino voters, Medina first discusses some demographic differences among Latino voters.  For example, there is a large gender gap in preferences for the Biden vs. Trump:  Hispanic males (35%) are more likely to support Trump than Hispanic females (23%), while Hispanic females (67%) are more likely to support Biden than Hispanic males (59%).

This gender gap is partially explained by the higher tendency of Hispanic women to be college educated, while Hispanic men tend be over-represented in jobs related to law enforcement, such as the military, Border Patrol, and Immigration and Customs Enforcement.  In addition, Trump reportedly shows more support from “American born” Latinos who are under 45 years old, non-college graduates, and evangelicals. In Florida, support is reportedly stronger among Cubans and Venezuelans who oppose communism.

To better understand the psychological profile of Latino male Trumpers, Medina analyzes the results of a research study of Mexican male Trumpers that captured their perceptions of Donald Trump. Little information was provided about the study methodology, so proceed with caution in generalizing her observations to other Latinos.

·       Is forceful, wealthy and unapologetic

In addition, Hispanic male Trumpers enjoy being the subject of curiosity for supporting Trump and willing to tolerate criticism for supporting Trump by friends and family members.  Although the imagery associated with Joe Biden was minimal, these Trumpers described Biden as “weak” and deserving of the title “Basement Biden.”   Thus, Hispanic male Trumpers appear to share the same beliefs and values as Donald Trump, and may not be deserving of attention by the Biden campaign.

Biden’s Campaign is Urged to Step it Up in Texas

Medina’s analysis further underscores several observations by industry experts that the Biden campaign has not invested enough financial resources to engage Hispanics, especially in Texas, where the Biden vs. Trump competition is close.  In a recent news article, for example,  both Julian Castro and Beto O’Rourke reinforced the message to the Biden campaign that they need to step up their game in Texas during the remaining days before the election on November 3rd.

According to our recent analysis of Latino support for Biden in battleground states, about two-thirds of Latino voters voiced support for Biden while only one-third supported Trump. With less than 10 days until the election, a new poll by The Dallas Morning News/UT-Tyler of Texas likely voters showed strong continuing support by Latino for Biden (67%) while the support for Trump (20%) has declined — which may be one reason that among all Texas likely voters, support for Biden (46%) is now slightly higher than Trump (44%). It is conceivable that a more aggressive investment of the Biden campaign towards increasing Latino voter turnout could prove to be a significant factor in turning the state blue.

Based on Medina’s recent review of the Latino voter profile and my own past experience in conducting surveys of U.S. Latinos, it seems that the Biden campaign needs to make some immediate changes in its Texas Latino voter strategy in the remaining weeks of the election. Following are some suggested ideas.

Demographic Target:  The most desirable demographic target for Biden should be Hispanic women.  Why?  Because Biden already enjoys great standing among Hispanic women, especially the college-educated, and they would be great ambassadors for convincing other Hispanics who are undecided or independent to support the Biden ticket.  Moreover, Hispanic women are more likely than Hispanic males to be college graduates, politically active, and entrepreneurs.  Hispanic males who share similar attributes as these Hispanic women would also be included as a target segment. However, since Latino male Trumpers share many of the same values and attributes as Donald Trump, it may be a waste of resources to change their fascination with Donald Trump at point in time.

Message Strategy: Hispanic women should be reminded about the programs and policies advocated by Joe Biden that have benefited Hispanics as well as proposed future programs, especially as it concerns COVID-19, food insecurity, jobs, education, childcare, healthcare, a women’s right to choose, and business development.

Although climate and environmental issues have not been reported as major concerns in recent polls of Hispanic voters, the most recent Biden vs. Trump debate focused on Biden’s statements about limiting fracking because “the oil industry pollutes, significantly.” Fracking is a technological innovation that has brought fortunes to the economies of the oil and gas industry, especially in states like Texas and Pennsylvania.  When Biden stated that he would not eliminate fracking but transition over time to other types of cleaner and renewable energy, President Trump and GOP members charged that Biden was trying to “destroy the oil and gas industry,” “kill many jobs,”  “Democrats are coming hard for Texas’ oil and gas industry,” and “he just killed paychecks earned by hardworking families in Texas.”   The reality, however, is that the oil and gas industry had already lost 118,000 jobs during the pandemic as demand and prices for oil fell dramatically.

According to an industry research firm, it would take more than 16 years to recover the energy jobs lost since February. As underscored by Joe Biden, renewable energy is the best solution for the future, has surged sharply with the downturn in the oil and gas market, creating numerous jobs, and providing a cleaner environment for families.

The fracking debate should be a top concern for Texas Hispanic voters.  While it has provided jobs and a significant boost to the Texas economy, fracking comes at a heavy cost to the environment and the health of Hispanics and other poor families who live in close proximity to these fracking sites.

In Texas, the oil and gas facilities are concentrated in highly populated Hispanic and lower income communities.  In addition to a higher prevalence of these medical illnesses, the fracking process utilizes large amounts of water that is draining the water resources for many of these communities, some which are also experiencing drought conditions.

The conclusion for messaging seems clear:  Joe Biden should be honored, not criticized, for taking the bold step to protect our environment and the health of our residents from the toxic pollutions that are generated by fracking sites.

Hispanic campaign messaging should include information about the consequences of fracking to their families’ health and environments – a message that may resonate more strongly with Hispanic women but may also capture the attention of Hispanic males who are exposed to these toxic work environments.

A Final Thought:  The profile of Hispanic male Trumpers describes a person that is fascinated with power and an indifference to factual information about Trump’s achievements. As a long shot strategy, it may be useful to include messaging for Hispanic male Trumpers to clarify the following misconceptions that were previously voiced about Donald Trump:

·       Trump is a successful businessman. If Trump is so successful, why is he over $1 billion in debt, and why has he filed for bankruptcy several times in past years?

·       By not using a mask, Trump shows that he has power. Rather than symbolizing power, not using a mask reveals ignorance of medical advice that is known to save lives. Hispanics, in particular, are experiencing more COVID-19 illnesses and deaths than other groups in the U.S. This is not power.

·       Trump does his own research to reach his own conclusions.  Trump has no medical training or knowledge and often ignores the scientific advice of experts, especially on health issues. An example of his ignorance was his advice for using Lysol disinfectant to treat the coronavirus.

·       Trump respects the military.  On the contrary, Trump has been disrespectful of war heroes like the late Sen. John McCain and called soldiers who died in European war “suckers and losers.” He avoided military service due to a supposed bone spur medical diagnosis arranged by his father. Trump often disparages our military leaders but idolizes world dictators who have historically oppressed their people.

·       Trump shows confidence in his opinions, but his opinions are usually based on lies that contradict the scientific facts. If science does not matter, do you also ignore the advice of doctors that prescribe medications and perform surgeries — both which are based on the results of scientific research?

In summary, a successful strategy to turn Texas blue during this election may depend on the ability of the Biden campaign to accelerate their targeting of Hispanic voters, especially women, with the right messaging using English-language media.  Let’s hope that Biden’s campaign manager is listening.

Editor’s Note: Dr. Rincón penned a response to another New York Times column questioning the value of the Latino vote to the Biden campaign. It can be read here. All posts originally appeared on The Culture of Research blog.

Dr. Edward T. Rincón, Ph.D., is president of Dallas-based Rincón & Associates LLC and is a research psychologist. In his new book, “The Culture of Research, Insights from a 45-year practice in the design and execution of multicultural research,” Rincón identifies methodological problems in high-stakes studies that include multicultural persons and offers practical solutions.