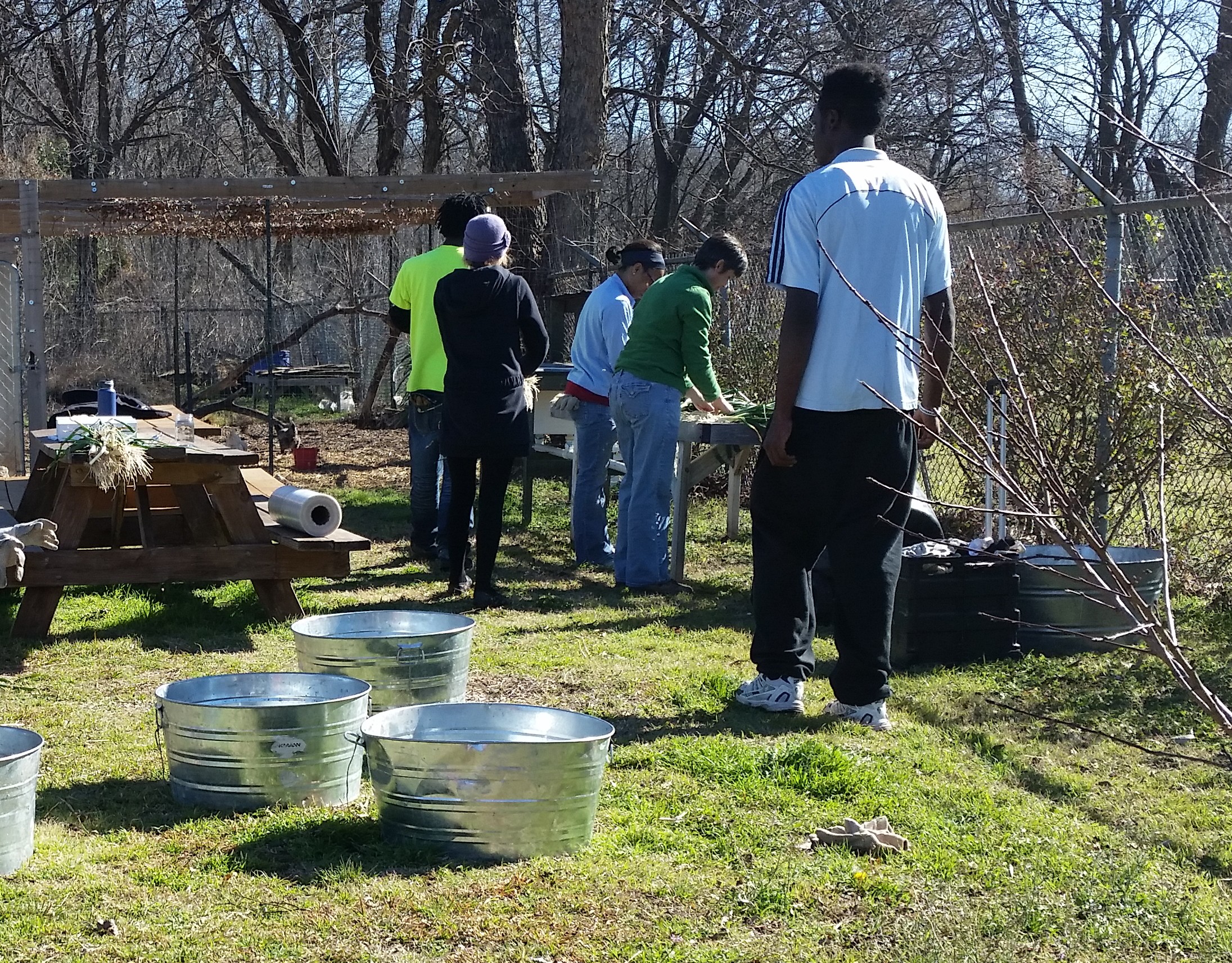 A few weeks ago, I had the privilege of meeting Hannah Koski, director of the We Over Me Farm at Paul Quinn College in Dallas, Texas. During our near three-hour conversation, Hannah repeatedly mentioned her students.

“I want to encourage people to come meet these students,” Hannah said. “Come to volunteer day. Don’t sleep in because it’s Saturday. These students will change your life. I promise.”

Armed with this invitation, I accepted Hannah’s challenge to meet her students at a recent community volunteer day on the farm.

Spoiler Alert: The three I met did not disappoint.

Paul Quinn College offers a work program for its students. Upon arrival at the college, students are required to pick a program. Each student has a unique reason why they chose the program they now work for. One student I spoke to didn’t even choose to work at the farm. “I got fired from the food pantry. I ended up here as a punishment. Just being real,” he said. “But I actually like it. It grew on me.”

Nineteen-year-old sophomore, Natalie, chose to work on the farm because it felt a bit like home. “You can probably hear it in my accent. I’m a Mexican, but most people don’t think I am,” she said. Having worked on a ranch near her hometown of Sanger, Texas, she knew she liked being outdoors and working with her hands.

“I saw that they had a farm. I met with Hannah and learned that it was for a really good cause,” Natalie said. “Now I get to work the farmers market. I get to meet interesting people. We invite them to come to the farm and see what we’re doing here. Sometimes they end up donating money so we can buy the tools and stuff we need to work.”

Natalie plans to go into physical therapy or sports training. “My dream is to be a sports trainer for the Dallas Cowboys!” her eyes lit up as she exclaimed. Meanwhile, her background in ranching, farming and small town country living had almost nothing in common with the student sitting next to her.

Max, also 19, was raised in Brooklyn, New York. Having never stepped foot on a farm of any kind, Max knew he had to take advantage of the opportunity he was presented with. “I didn’t have a green thumb at all,” he said. “I came out here to learn. To plant a seed. So, I chose the farm.”

“I don’t see myself going into agriculture, but I do see myself having a really nice back yard.” Max said with a huge smile across his face.

During our first conversation, Hannah spoke very highly of a 20-year-old student named Chanson. A Dallas native, Chanson chose to work at We Over Me farm because it was the highest paying position in the student work program at the time. Now, he is the “Education Coordinator” for the We Over Me farm.

A self-proclaimed city-kid, Chanson had limited prior experience on a farm. “I did not like bugs, being dirty or not having air conditioning,” he said. “I had been on a farm with my grandmother. We would go to Forney, Texas to harvest greens once in a while.”

For Chanson, things changed when he realized the community impact this small farm was having. “After the second semester, I really developed a passion for the farm,” he said. “It was fun and I felt really satisfied that I had done something for my community.”

As a kid, Chanson had little knowledge of fresh vegetables outside of his grandmother’s greens. “It was all hot chips, Skittles, Sprite and a pack of noodles,” he said. “I feel like we are making a difference. We are making an effort to change that.”

Despite his shiny new title, Chanson remains steadfast in his work ethic. “I have always naturally been a helper. I like serving people. I’m not really a self-achievement kind of person,” he said. “I’m more of an ‘I did this for someone today’ kind of person. For me, it’s really about doing something to benefit somebody else’s life.”

Chanson plans to pursue legal studies. “I want to be in the fire,” he said. Planning a more traditional route, he plans to attend law school. “I want to be a court attorney. Hopefully on both sides of the argument. Then maybe a Judge.” Ultimately his goal is to work in Agricultural Law. “I want to be the guy who keeps big business out of farming.

After realizing his dad has diabetes, Chanson became passionate about educating younger generations to live a healthy lifestyle. “It has to be in my face to do something about it.”

Previous Post Are poor Latino kids the same as their poor white and black peers? Depends on the generation
Next PostJuarez store Aztec Calendar counts the days to city's full recovery

Are poor Latino kids the same as their poor white and black peers? Depends on the generation
Comment
Juarez store Aztec Calendar counts the days to city's full recovery