The Urban Farmist: Developing a ‘sweet’ love for beekeeping 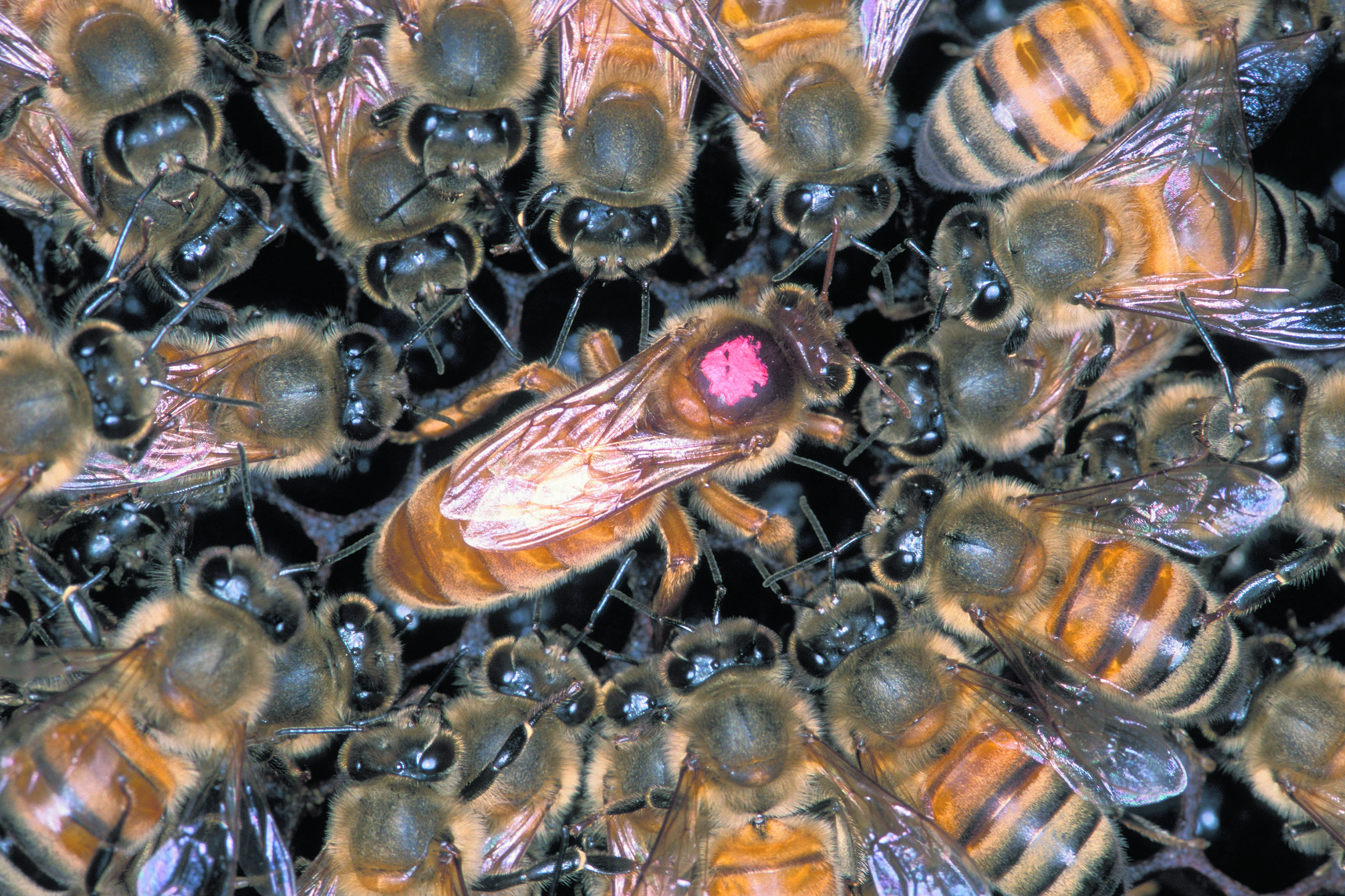 “I remember exactly where I was when I got the letter,” said Zia Queenbees Farm & Field Institute Co-Founder, Melanie Kirby.

The year was 1997. Melanie had recently graduated from St. John’s College in Santa Fe. “I spent the summer working at an Astro Camp in the San Bernardino Mountains, just above L.A. It was like a space camp for kids.”

That’s when Melanie received her first assignment letter from the United States Peace Corps. She would soon be headed to Paraguay — as a beekeeper!

“Beekeeping… What!?” she recalled. “Then I started laughing hysterically. I knew honey came from bees and I knew I liked how it tasted, but that was about it.”

The experience Melanie encountered at St. John’s, provided her with the foundation she needed to cultivate an interest into an education. “The school’s motto is ‘Learn how to learn’”, she said. Armed with that knowledge, Melanie went to the library where she proceeded to devour the beekeeping books she checked out.

Melanie was born in El Paso, Texas. After a brief stay in New York, her family settled in Las Cruces, New Mexico. Cultures collided when her Tortugas Pueblo, New Mexican mother, a Peace Corps volunteer stationed in St. Vincent, met her Vincentian father. The marriage would end by the time Melanie was 11, but the culture engrained in her DNA would drive her to take risk in the name of adventure.

“I’m an adventurous person with a deep fear of regret,” she said. “I’d much rather just go and see if it works out. My sister thinks that’s scary. To me, it’s scary not to try.”

Melanie decided to join the Peace Corps after college because her mom, though rarely discussed her experiences in the Corps, would regularly describe it as the best experience of her life.

After three months of training, Melanie joined an established Peace Corps program in Paraguay. “I was the first volunteer beekeeper and the first brown American!” She said. “I was put into an ag group even though that wasn’t my background. But I was very clear that I wanted a rugged experience. I didn’t want to be in the big city. I had this romantic idea about wanting to be in the bush where I could carry a machete. And I did carry one!”

While in Paraguay, Melanie was able to use Spanish and a love for drinking tea to gain trust and build relationships with people. One of her teammates, a horticulturist, invited her to come live and work on her family farm in Hawaii after their tour in the Peace Corps.

Melanie soon discovered that two of the largest Queen Bee farms in the world are in Hawaii. Using her Peace Corps experience, she was able to land a job. There she was able to gain commercial bee experience as well as learn techniques from international beekeepers drawn to Hawaii by the climate and lack of cold season downturn.

Eventually, Melanie would end up at Honeyland Farms in Florida. A migratory bee outfit operating in Wisconsin in the summer and Florida in the winter.

That’s when Melanie met Mark Spitzig. Mark, also working at Honeyland Farms had started his own beekeeping operation in 2000. Melanie and Mark would not only partner in life, but would partner in making Melanie’s dreams come true.

Zia Queenbees Farm & Field Institute is the product of Melanie and Mark’s dreams, hard work and experience. Based in Truches, New Mexico, Zia operates on a 60-mile loop from 5,500 ft elevation in the Rio Grande Valley, to 9,000 ft elevation in the mountains, all within 20 miles of each other.

Initially, the plan was to split time farming bees for six months at a time in Michigan and New Mexico, but the micro climate New Mexico offered presented enough challenges to keep Melanie and Mark busy year round.

“We still keep our breeding bees in Michigan, but all of our farming is done in New Mexico.” Melanie said. “By no means has it been easy. It’s been a rollercoaster ride. In 2011 we lost 40 percent of our hives to bears.”

Today, Zia offers educational programs, community presentations, farm tours and hive hosting. They also operate a small-scale commercial business. “We do orchard pollination around the Rio Grande valley,” she said. “We do queen rearing, but since we are a small-scale bee farm, we tend to sell out.”

“Naturally, we can breed a better bee that is hardy in its adaptability to micro climates.”

Aaron de Leon is “growing” awareness of the “Farmist” movement via his blog, The Urban Farmist, his weekly LatinaLista columns, and on Instagram.