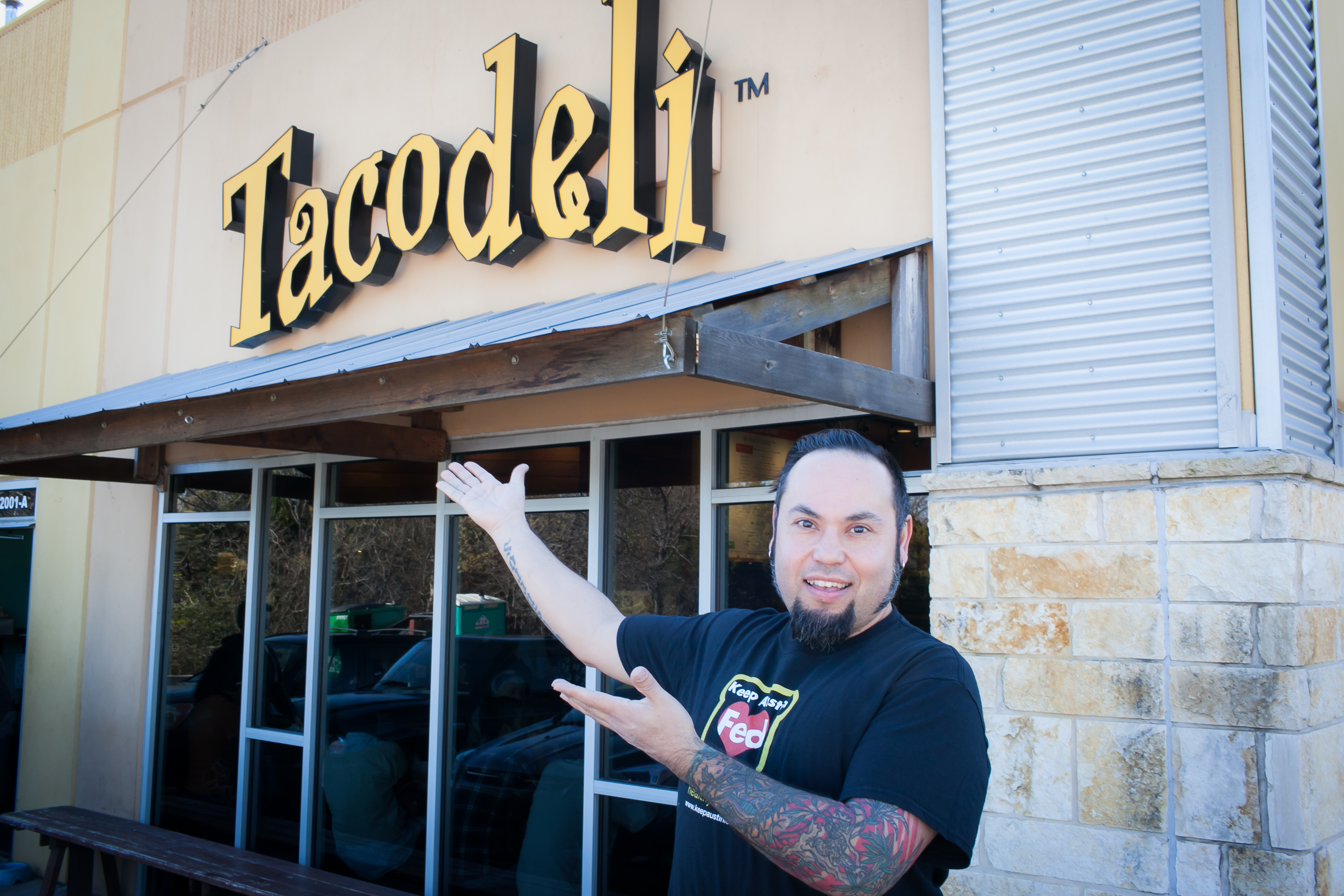 Every day thousands of grocery stores, restaurants and markets have a surplus of food that qualifies as edible, but doesn’t quite meet the standard to be considered sellable. In most cases, in most cities, this surplus becomes waste.
This is not the case, however, for the city of Austin, Texas thanks to Keep Austin Fed (KAF).

According to their website:
“Keep Austin Fed is a volunteer-based 501(c)(3) nonprofit organization that gathers wholesome and nutritious surplus food from commercial kitchens and distributes it to area charities that serve hungry people in need.”

KAF was founded in 2004 by Randy Rosens and Ira Kaplan. Each had been working independently of one another to pursue a dream of rescuing food waste and redirecting it from landfill to hungry communities. After the two men joined forces, KAF was launched.

My personal connection to KAF comes by way of my older brother and KAF Operations Director Joseph de Leon. (You might remember him from my story about Hugelkultur)

“At the time, I was into gardening and composting. I was in the mode of volunteering,” Joseph said. Also into bike riding, Joseph answered an online ad for bike parts that Ira had posted. The two quickly became friends.

During a subsequent lunch meeting, Joseph was introduced to his first food rescue. “Ira said he needed to pick something up, so of course I was along for the ride,” Joseph recalled with an ominous tone in his voice. “We pulled into an alley and stopped behind a bakery. We picked up surplus bread and sandwiches, then we delivered them to a shelter.”

Joseph was hooked. “I couldn’t believe how easy it was. It didn’t take much time and we were able to feed a lot of people. That was so much more impactful than food that was already garbage (compost),” he said.

“After Joseph came on board things really started to take off,” said recent team addition and KAF Marketing Officer, Munira Fareed. “He brought structure to Keep Austin Fed and started a Facebook page.

Last year KAF served more than 522,000 meals to hungry Austin residents.” In 2014, Joseph was recognized as a Legend by Recognize Good and Say Thanks Austin for his work with KAF.

Every week, nearly 50 volunteers are asked to donate one single hour of their time to help KAF maintain its mission.
Volunteers are matched with donors and recipients in their geographical area. “That way people are actually making a difference in their community. It also helps reduce travel time,” said Munira.

“We currently serve Northwest, Northeast and South Austin as well as Cedar Park,” Munira said.
The future of Keep Austin Fed looks as rowdy as the well-known, music festival city itself.

Austin recently passed the Universal Recycling Ordinance (URO) requiring all food establishments to be zero waste organic material compliant by 2018. “I’m hoping to use this as a springboard to encourage restaurants to offer surplus food as a donation before it becomes waste,” Joseph said. “It costs money to rent a dumpster to haul surplus to landfill. It also costs for compost services. Keep Austin Fed is a free service and there’s an opportunity for surplus food to go to people who really appreciate it.”

Joseph and his team are facing the potential of explosive growth once the URO goes live. Austin has more than 4,000 food establishments and KAF is currently only tapped into a handful of them. “We have 20 donors,” Joseph said, “Yet every month we keep 40,000 pounds of food out of the waste stream.”

“I never saw this as a city-wide organization,” he said. “I met a guy. I appreciated what he was doing and 2 years later, here we are. I didn’t know it was going to happen, but I am glad it did.”

There are many ways to get involved with Keep Austin Fed, even if you do not live near Austin, Texas. From volunteering time to making a financial contribution. Follow the links in this story to learn more about how you can help.

“Any individual can make a difference,” Joseph said. “A big problem like hunger can be overwhelming but even one person can make a big difference in someone’s life. Every little bit helps. Maybe you can’t feed everybody, but the people you do reach, it makes a huge difference to them.”