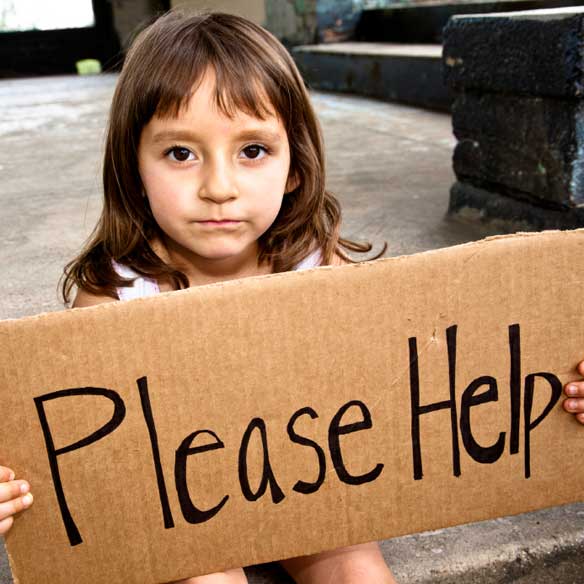 Hannah is the name of Trunzo’s daughter who she had 14 years ago when she was homeless. Trunzo chose to give her up for adoption because it was the the right thing to do for her.

Two years after her birth, Truzo was finally able to make some positive changes in her life, get clean, and become a productive member of society.

Still, she never forgot her daughter and has carried that grief with her for a long time. In 2006, Truzo began to feed homeless people in St. Petersburg, FL and quickly grew passionate about helping homeless people.

Then in 2012, she got the news that all contact with Hannah’s adopted family had been completely cut off. She was devastated at first but decided to turn her grief into something positive.

She decided to turn her passion of helping homeless people into a real, legitimate, non-profit and name it Hannah’s Homeless in her honor.

Since then the organization has grown in ways not foreseen but the need is great and the effort to meet those needs even greater.

The goal is to open a drop-in center to provide a place for the local homeless community to come and get food, clean clothes and a shower, meet with a counselor to get conected with VA services or whatever they made need, and to have health screenings (Truzo is now a Registered Nurse).

Truzo and her team have pushed to gather funds but need roughly $10,000 more to get their drop-in doors open.

#LatinaLista, adults, children, homeless
Previous Post Guest Voz: Why the EPA carbon standards are important for Latinos
Next PostLupillo Rivera: A Stranger In His Own Land

Guest Voz: Why the EPA carbon standards are important for Latinos
Comment
Lupillo Rivera: A Stranger In His Own Land