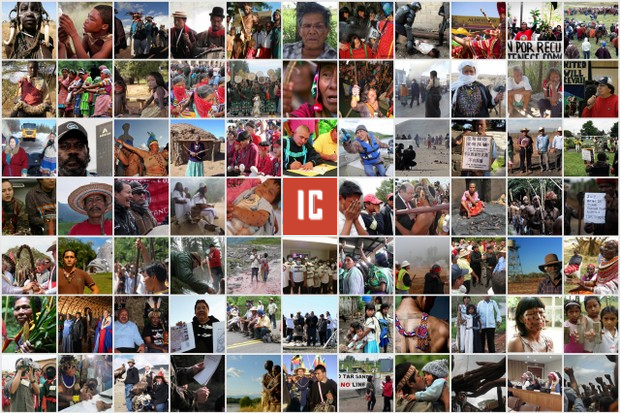 There are thousands of stories from the Indigenous Peoples Movement that never seem to make the headlines.

Whether it’s the Nasa Peoples bold removal of paramilitary forces from their lands in Colombia or the impressive occupation of Brazil’s House of Representatives by 700 indigenous leaders, or the disturbing launch of a national campaign to eradicate tribal sovereignty by the largest anti-indian organization in the United States, these stories rarely travel beyond the impacted communities.

In fact, on average, there are just three major stories a month that get a fair amount of media coverage. However, during the course of that same amount of time there can be upwards of a hundred stories of equal importance that will get little or no attention beyond a single press release that few will ever see.

After delving into the archives of seven leading independent news outlets, it was found that approximately 60 percent of the stories concerning Indigenous Peoples were limited to just four topics.

For the past 10 years, IC Magazine , with the help of volunteers, has sought out all the other untold stories because Indigenous Peoples are comprehensively ignored by mainstream and alternative media.

IC Magazine is now embarking on the second phase of a multi-year strategy to bring the stories of Indigenous People to a broader audience by extending the organization’s capacity, expanding their investigative journalism and, for the first time in IC’s history, to pay their journalists for their work.