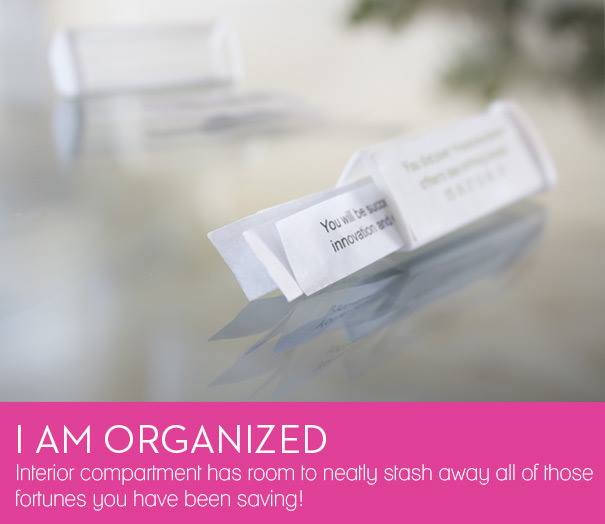 For years, Dianne Dominguez has had a photo frame on her desk with a couple of fortunes stuck inside. She also had a box of fortunes sitting in a drawer and a few more pinned to a corkboard in her art studio.

She never thought that these were ideal solutions, but there weren’t really any other options available, until she thought of mantramagnet.

Dianne wanted to design a simple product for people like herself who hung on to fortunes that were meaningful to them. She really believes that these messages can make a difference in a person’s life when they are seen every day.

Over the last several months, she’s come up with tons of design ideas and functional prototypes. After testing and reworking many designs, she believes that she’s created a simple design that is functional, fun and elegant.

The mantramagnet™ is a sleek, modern and simple solution for those who appreciate fortunes and affirmations. Its minimalist design allows a person to focus on the message of their choice, while always having a subtle presence in everyday life.

Positive messages provide inspiration in our everyday lives and they deserve a dedicated place to reside. ~ Dianne Dominguez