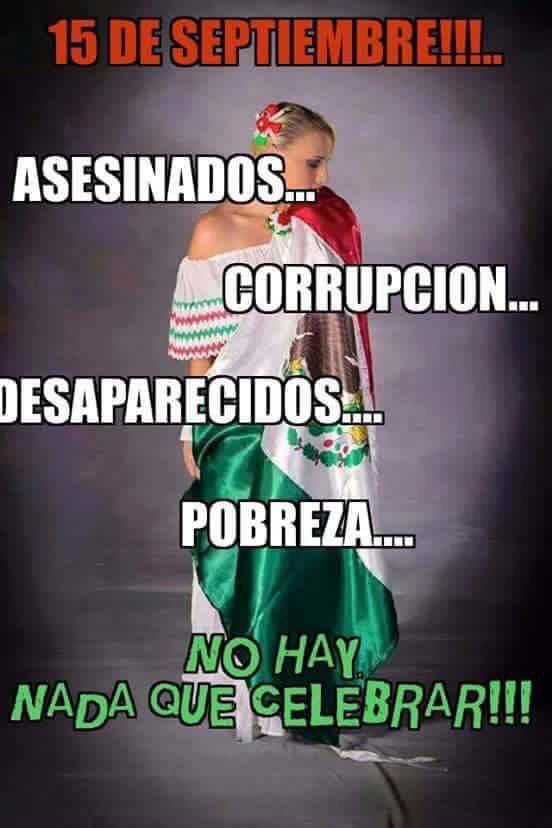 LatinaLista — September is known as Mes de la Patria in Mexico. On the night of September 15, Mexicans, the world over, wait for the 11 p.m. Grito de Independencia delivered by the country’s president in Mexico City’s zócalo.

The grito, or shout, is a recreation of Father Hidalgo when he rang the church bells to call his followers in Dolores, Guanajuato on September 16, 1810 to overthrow the Spaniards in the name of Mexican independence. 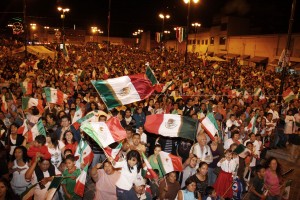 Since that time, the fierce national pride felt by Mexicans on September 15 has evolved into a patriotic party throughout the country. One description of the annual celebration goes as follows:

During the evening of September 15, people start gathering in the zócalo. Many people walk around dressed in typical Mexican dress: men as Charros and women in China Poblanas, or indigenous dresses. Those who don’t own a typical outfit, at least find something to wear in the colors of the flag…

The euphoria is collective and all are prepared to shout, yell and make as much noise as possible with fake trumpets, noisemakers and whistles!

As the evening advances, the plaza gradually fills with more and more people; suddenly there is practically no room to move.

Yet, in light of the violence that continues to stalk the country — the unexplained disappearance of 43 students, the murder of journalists, the ongoing femicide, kidnappings, human trafficking, intimidations and extortions by cartels, corrupt cops and politicians, there are many in Mexico who feel there’s nothing to feel proud about or celebrate.

They want to send a message to the Mexican government of their disgust with the state of the country. A social media campaign that was started in 2010 on Twitter, @nadaquecelebrar, is taking on renewed steam. Hundreds of Mexicans are using the #nadaquecelebrar to urge their paisanos to boycott the festivities at the zócalo, and in their own town squares, as a show of unity in demanding long overdue justice. Attendance is already anticipated to be down significantly in the  zócalo from previous years

But because this event happens only once a year, no one wants to completely do without it. So, people are being encouraged to celebrate in their homes and watch the festivities on TV or on the Internet — all with the hope Mexican leaders hear the people’s grito for change.

boycott, featured, Fiestas Patrias, Mexico, protest, social media
Previous Post Guest Voz: The "Concrete Ceiling" in politics causes too many Latinas to "lean out" of their ethnicity
Next PostTwitter just supersized the way photos appear on your timeline

Guest Voz: The "Concrete Ceiling" in politics causes too many Latinas to "lean out" of their ethnicity
Comment
Twitter just supersized the way photos appear on your timeline