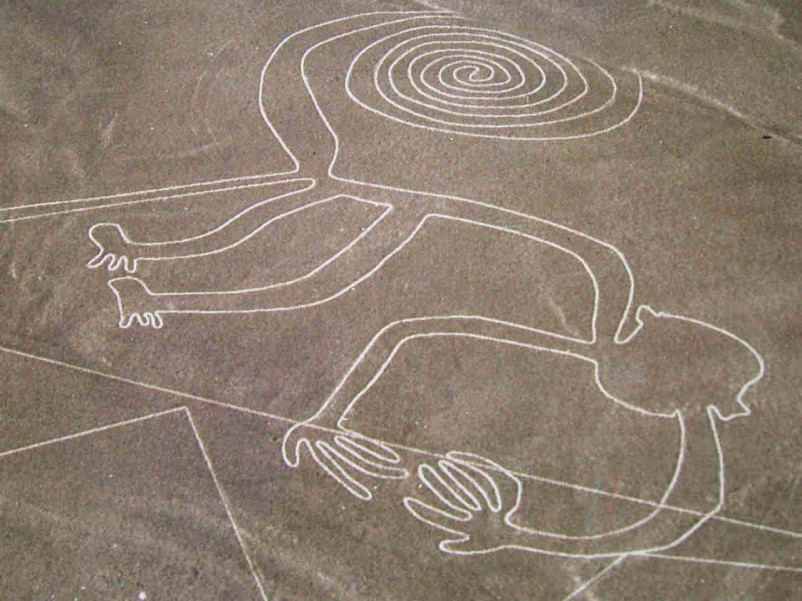 LatinaLista — Of all the countries in Latin America, Peru enjoys an extra fondness from the international community since its the steward of some of the most renown archeological treasures west of the Egyptian pyramids, namely Maachu Pichu and the Nazca Lines.

The land etchings of the Nazca Lines, featuring giant animals and ancient astronaut-looking creatures, contribute to Peru being a favorite Andean tourist destination. Yet, the combination of so many visitors and the worsening effects of climate change, are taking its toll on this UNESCO World Heritage Site.

U.S. $150,000 was awarded to the project “Registration, Protection and Preservation of the Nazca Lines.” The money will be used to fund the first year of a four-year initiative which includes the creation of a manual to share information about how to preserve, clean and restore others cultural sites at risk.

A press release issued about the award revealed that Peru has been the biggest recipient in Latin America of monies from the Ambassador’s Fund for Cultural Preservation. The total amount of awards for cultural projects is more than US$ 1,600,000 over the last 12 years. Surprisingly, the largest award to Peru, which totaled US$ 800,000, was for the conservation of Caral, Lima, the most ancient, and considered “sacred,” city in the Americas.

Video: Getting to know the courageous women of Guatemala, Honduras and Mexico fighting for peace and social justice
Comment
Jeb Bush